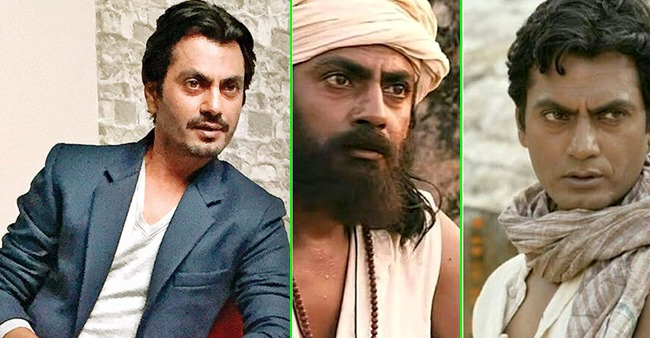 Nawazuddin Siddiqui is one of the finest actors Bollywood has ever seen. This talented man believes in showing his acting ability rather than to talk about it. Without any doubt, he has worked very hard, struggled a lot to reach where he is today. But, this magic didn’t happen in one day, it took him many years to reach the top of the acting abilities.

Recently Nawazuddin posted a few old pictures on Instagram. While some are from the sets of his movies, a couple of them are from his own life. Let’s have a look at some of the then vs now pics to see a part of his Bollywood journey.

On the sets of #raees…. Doing a great job #srk… #motivation #respect @iamsrk…

And how I went on to be the Nawazuddin Siddiqui that you all know today. Read it all in #AnOrdinaryLife @penguinindia http://amzn.to/2wIXwOa

This is the picture of him from Cannes as he was getting ready for his appearance.

Nawazuddin also shared an image of him with Mouni Roy and he was very excited to announce that he was eager to work with Mouni in upcoming project Bole Chudiyan.

An image from the sets where Nawazuddin was loving his dream with his favorite actor Marcello Mastroianni from the film La Dolce Vita. He wrote the image expressing gratitude toward stylist Tania Fadte, Bikramjit Bose (photographer) and makeup man Sanah Kewal.

From the above pictures, the one word we have for his is magnificence. His hard work and passion have taken him here and it’s many more to come in his beautiful journey of Bollywood.