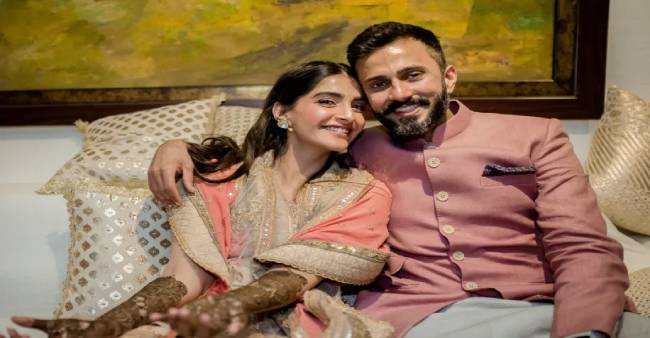 In February, Sonam Kapoor’s husband Anand Ahuja’s Delhi residence became victim to theft. Reportedly, the house was robbed of Rs. 2.4 crore worth of jewellery and cash. The police have now arrested a nurse, who was working at the residence, and her husband for stealing the said cash and jewellery.

The nurse, Aparna Ruth Wilson, was a caregiver for Sonam’s mother-in-law, while her husband, Naresh Kumar Sagar, is an accountant for private firm in Shakarpur.

As per the reports by Bollywood Hungama, a senior police officer said, “The Delhi Police Crime Branch along with a team of the Special Staff Branch of the New Delhi district conducted a raid in Sarita Vihar on Tuesday night. They apprehended Wilson and her husband, both 31 years old.”

Little Things fame Mithali Palkar pens an emotional note as her grandfather passes away: I don’t know of a life without him and maybe I never will...