Poonam Pandey follows footsteps of Rakhi Sawant; shares pic of her beau without disclosing his face 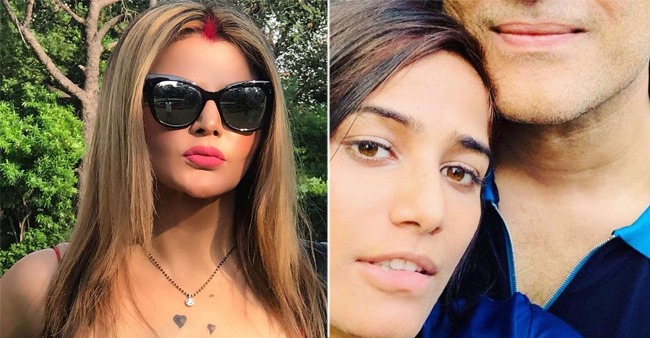 Poonam Pandey is one of the most popular model and Bollywood film actress and is has showcased her talents in Hindi and Telugu movies. Poonam Pandey started her career as a model and also became one of the top nine contestants of the Gladrags Manhunt and Megamodel Contest that was held in 2010. The glamorous Bollywood actress has also featured on the cover page of the fashion magazine. Poonam Pandey is very much active on her social media accounts and she is very much active on Twitter.

She always posts her pictures and videos on the micro blogging platform for her fans and also receives a huge coverage for her posts. She was earlier in the limelight when she announced that she will strip for the Indian cricket team if they manage to win the World Cup cricket in 2011. But she was not able to fulfill her promises, and India eventually lifted the world cup trophy that year.

She said that the permission was denied by the Board of Control for Cricket in India (BCCI). But, she was seen posing naked when Kolkata Knight Riders lifted the IPL season five.

This Bollywood actor is popular for her super special pictures and videos that she shares on social media. The actor has not been truthful when it comes to her personal life.

But recently she stunned everyone, when she shared a picture of her along with another man on her social media handle. The photo really stunned her fans on social media and they kept on guessing about the man that was spotted along with her.

Poonam Pandey was clever enough and she did not reveal the full face of the man with her in the picture.

But her social media fans have already predicted that the man in the picture is her boyfriend. But ultimately, Poonam Pandey has once again managed to grab the headlines.

A few days back Rakhi Sawant announced her marriage to a NRI, who is from UK, but she has not revealed the face of her life partner too. Now Poonam has followed her footsteps and shared an image of her beau without disclosing his face.