Preetisheel; the Makeup artists behind the bald look in movies Housefull 4, Bala and Ujda Chaman 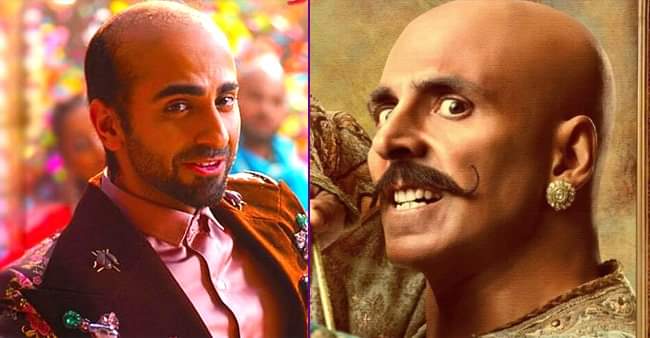 Close on the heels of the stupendous success of Nitesh Tiwari’s Chhichhore, National Award-winning makeup and prosthetic character design specialist is coming up with not one, two, but three stunners. And all the 3 films have taken the movie industry imagination by storm. Yes, we are talking about the newly launched movie Akshay Kumar’s Housefull 4, Ayushmann Khurrana’s Bala and Sunny Singh’s Ujda Chaman. This design specialist is Preetisheel Singh.

Preetisheel revealed the behind-the-scenes from Akshay Kumar’s Bald look. 3D models of all the characters were prepared and the team of Houseful 4 selected the bald look for Akshay’s character set in the past-era. She also revealed that a decision was made about an absolute bald look that meant ‘not even a five o’clock shadow’ is seen. “He had to look absolutely bald, in a way that one can’t even see the five o’clock shadow,” she said.

In the movie Bala the actor plays the role of a man suffering from premature baldness. Regarding this a video has been shared. The 51 second video is interspersed with makeup artists a cast of Ayushmann’s head to make an adequately sized wig. We additionally see the glimpses of however totally different appearance of Bala was created. The character starts from a mop and begin to lose his hair. The process of making the gradually thinning mane look accurate becomes trickier and trickier.

Preetisheel took quantity amount of time to arrange for the bald hunt for Ujda Chaman despite not reading the script. When asked how she managed to create the look without reading the script, she said, “After years of practice, you know what to give when someone asks for a look.”

She is now excited for her forthcoming releases which include an interesting mix of movies like the Nawazuddin Siddiqui-Radhika Apte-starrer Raat Akeli Hai, Kartik Aaryan-Bhumi Pednekar’s Pati Patni Aur Woh, Southern superstar Vijay’s next Bigil, Kangana Ranaut’s Panga and Dhaakad, and Bhansali Productions’ Tuesdays and Fridays.

What’s more! The gifted girl is additionally getting ready to launch the ‘Preetisheel faculty of Character Design’ at her new sprawling workplace and workshop of her company ‘Da Makeup Lab’ at Versova, Mumbai.