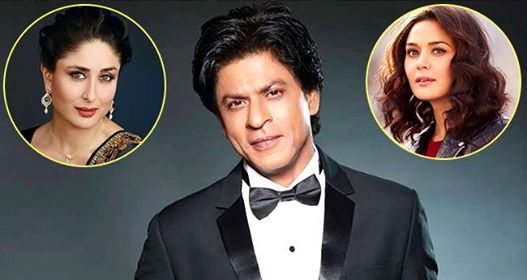 So here is another unknown fact which probably many of us don’t know. Guess what? It involves 3 of the biggest stars of Bollywood. They are none other than Preity Zinta, Shah Rukh Khan and Kareena Kapoor Khan.

Preity Zinta and Kareena Kapoor Khan are two of the finest actresses Bollywood ever had. Both have given commendable performances in their careers.

However, they have not worked together in one film, but have done cameos in films like Happy Ending and Om Shanti Om. The question is do you know which blockbuster film had Preity Zinta and not Kareena Kapoor Khan?

So, it turns out that the movie had Shah Rukh Khan and Saif Ali Khan in pivotal roles. The movie is none other than Kal Ho Naa Ho. Bebo was approached for the role of Naina but she was replaced by our dimpled beauty Preity Zinta, as Kareena expressed her desire to be paid same as her co-star Shah Rukh Khan, which clearly didn’t go down well with producer Karan Johar.

Interestingly, Karan has mentioned this in his book  ‘An Unsuitable Boy’, in which a paragraph reads, “My first problem was with Kareena. She asked for too much money and we had some kind of a fallout at that time. Mujhse Dosti Karoge! had just released, directed by Kunal Kohli. She said, ‘Aditya Chopra’s assistant Kunal Kohli has made this flop, so Karan Johar’s assistant, Nikhil Advani is not to be trusted either’. The weekend of Mujhse Dosti Karoge’s release, I offered her Kal Ho Naa Ho, and she asked for the same money that Shah Rukh Khan was getting. I said, ‘Sorry’. I was very hurt. I told my father, ‘Leave that negotiation room’ and I called her. She didn’t take my call, and I said, ‘We’re not taking her.’ And we signed Preity Zinta instead. Kareena and I didn’t speak to each other for almost a year. For a year, we looked through each other at parties. It was very idiotic. She was a kid; she’s a decade younger than me.”

However, everything is fine between KJo and Bebo. In fact, she is a part of Karan’s upcoming directorial venture Takht, which also features Ranveer Singh, Anil Kapoor, Vicky Kaushal, Janhvi Kapoor and Bhumi Pednekar in pivotal roles.