Priyanka Chopra And Nick Jonas Are Engaged And IT IS OFFICIAL 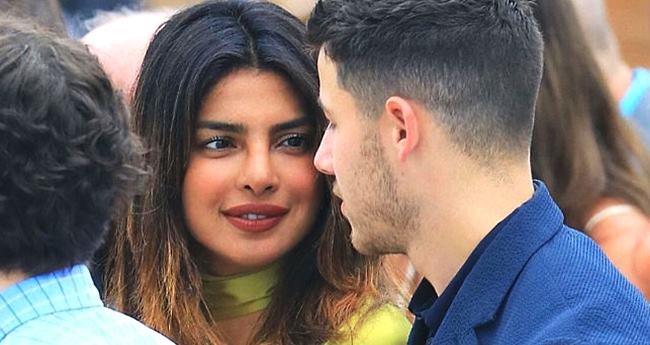 Salman Khan and Priyanka Chopra’s fans were super-duper excited for their upcoming movie ‘Bharat’. This would be their reunion after 10 years with this movie.

Here is a sad news! Unfortunately, Priyanka Chopra has backed out from the project. Ali Abbas Zafar who is the director of the movie confirmed this and also said that the reason behind is very special and is very happy for her.

me and my girlfriend

For all those who did not know, Bharat is an official adaptation of the South Korean movie – Ode To My Father.

This is what he tweeted:

Yes Priyanka Chopra is no more part of @Bharat_TheFilm & and the reason is very very special , she told us in the Nick of time about her decision and we are very happy for her … Team Bharat wishes @priyankachopra loads of love & happiness for life 😊😉😍

Yes Priyanka Chopra is no more part of @Bharat_TheFilm & and the reason is very very special , she told us in the Nick of time about her decision and we are very happy for her … Team Bharat wishes @priyankachopra loads of love & happiness for life 😊😉😍

When the news got out that PeeCee had quit her comeback project, Bharat, with director Ali Abbas Zafar sending a cryptic message mentioning ‘Nick’, according to media reports it is now confirmed that Priyanka and Nick Jonas are officially engaged.

Big thanks to @variety for including me in your #Variety500 for the second year in a row! What makes this one extra special is the little name right above mine… @purplepebblepictures. Stories are at the heart of everything we do, regardless of genre or language, and it's a wonderful feeling to know we're on the right path. This would not be possible without my team, and most importantly, my incredible partner and co-founder, @madhumalati. Feels like miles to go, but truly grateful for every step we take.

Priyanka and Nick took this decision after two months of dating each other. And Nick also popped the question a week ago when they were celebrating Priyanka’s 36th birthday in London. Now we know why Nick had come to India. It was to meet his mother and talk about his marriage plans with Priyanka with her mom Madhu Chopra.

Proud to present the latest piece from my collaboration with @johnvarvatos… #JVxNJ the fragrance for men is out now!

The couple first sparked rumours when they appeared at the 2017 Met Gala together. They kept in touch and things stirred up when they started dating in May. Since then, they’ve been nearly inseparable and gone out of their way to meet each other’s families.

Nick apparently shut down a whole store of Tiffany’s to find the perfect engagement ring.

“His friends and family have never seen him like this, and they’re all really excited for him. He’s definitely very serious about her,” as per media reports.

Bharat, which is set in a circus, also stars Tabu, Disha Patani and Nora Fatehi. It began filming earlier this month and will release on Eid next year. Bharat, produced by Salman’s brother-in-law Atul Agnihotri, is an adaptation of South Korean Ode To My Father. Bharat would have been Priyanka Chopra’s fourth film with Salman Khan, 11 years after their last movie God Tussi Great Ho.

Malaika Arora opens up on dealing with her divorce; Calls it ‘lowest phase’ of her life...

Priyanka Chopra and Nick Jonas trolled for welcoming child via surrogacy; Netizens question ‘why did they choose surrogacy’...

Did you know Shahid Kapoor once filed police complaint against veteran megastar’s daughter?...