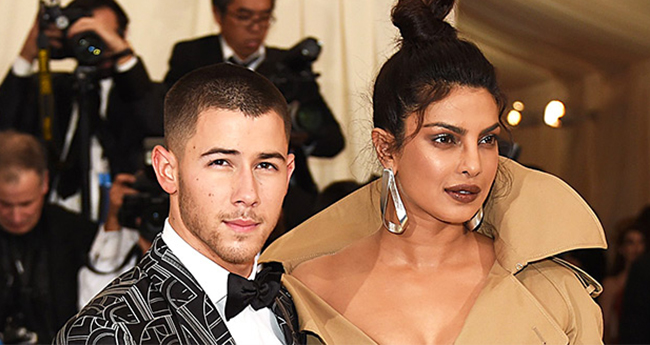 Actress Priyanka Chopra is now a renowned name in Hollywood. Her character ‘Alex Parrish’ from TV series ‘Quantico’ helped her getting global recognition. The lady set the red carpet on fire with her elegant classy look in the Met Gala. Seems like she has now mixed up with the global audience very well. Soon after the Met Gala her relationship with Nick Jonas is creating headlines about Priyanka Chopra.

Nick Jonas @nickjonas and Priyanka Chopra @priyankachopra, the non-couple that went to the #MetGala together one year ago, are reportedly a real, authentic couple now. 💐#priyankachopra #nickjonas

She stepped into the Met Gala event last year with Nick Jonas where they represented ‘Ralph Lauren’ but no one thought about the two dating each other.

The pop singer Nick and former miss world Priyanka Chopra are said to be seeing each other according to a leading daily. They also reported about the two stars spending time with each other on a weekend and also watching ‘Beauty and The Beast’. They were also spotted sitting next to each other on a yacht.

Well, this news has made fans to think about the authenticity of this news. Some of them have already believed that they are dating but many people still don’t trust the news and are also not liking to hear this about Priyanka. See what fans have got to say to Priyanka-

If Priyanka is in fact dating Nick Jonas…. baby girl would not be strutting it out in the public like that. It would be under wraps top secret. The cia wouldn’t even know. So don’t be fooled children

Priyanka Chopra: I'm staying single until you see a ring on my finger

Also Priyanka Chopra: *is being seen holding nick jonas' hand and cuddling up to him*

waking up today finding out drake has a secret son, priyanka chopra is dating nick jonas…. what else is the internet gonna hit me with today? i should just log off smh

Nick Jonas who is currently 25 is an American singer and songwriter. He began acting at the age of 7 is also ranked many times as one of the sexiest men alive. Talking about the Bollywood diva after doing some projects in Hollywood she is back to Indian cinema. Priyanka Chopra will next be seen in a Bollywood movie after a very long time. She is starring in Salman Khan’s much-awaited project ‘Bharat’ which is said to be a tribute to Raj Kapoor’s ‘Mera Naam Joker’. She was also spotted at the royal wedding of Prince Harry and Meghan Markle.

What’s your call on the two stars dating each other?