From Priyanka Chopra Jonas to Amitabh Bachchan, 5 Bollywood celebrities who own private jet 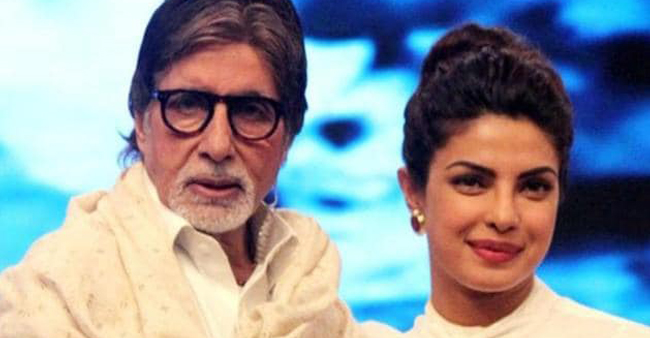 As much as bollywood celebrities work hard, they also know how to live life lavishly. Leading Bollywood stars like Amitabh Bachchan, Akshay Kumar, Ajay devgan, Shilpa Shetty kundra and Priyanka chopra Jonas own a private jet. These celebrities have shown it on their social media pages as these are some big toys people love to flaunt. There are other celebs such as Sharukh Khan, who denies to have a private jet.

Check out in detail below.

As per reports, Ajay Devgn owns a Hawker 800 plane. The hard-working actor often travels by his six-seater jet for promotional events and shoots. The actor works really hard and no doubt he earns well to lead a happy lavish life.

The legendary actor Mr. Amitabh Bachchan rarely makes an appearance at the airport as he often travels by his private jet. A glimpse of his fancy plane was shared by his son, Abhishek Bachchan, a couple of years back when Big B received the estemeed Dadasaheb Phalke Award.

One of the most versatile and highest-paid actors in India, Akshay Kumar owns a private jet worth Rs 260 crore. The actor who is also a philanthropist believes in living life king size. There’s no doubt that he works hard, does 2-4 movies in a year and does so well for himself and his family.

There’s no denial about Chopra-Jonas being a globetrotter, as she has to travel from India to New York or London for her work as well as her personal commitment. Reports suggest that she often travels in her private jet for the same.

Shilpa Shetty Kundra and husband Raj Kundra has been on the list of lavish lifestyle. Reportedly, they own properties in various parts of the world and own their personal private jet too.

These were Bollywood actors and actresses who have flaunted their private jets elegantly.