Railway Stations And Trains To Take Precautionary Measures For Emergencies, To Have 88 Life-Saving Equipments 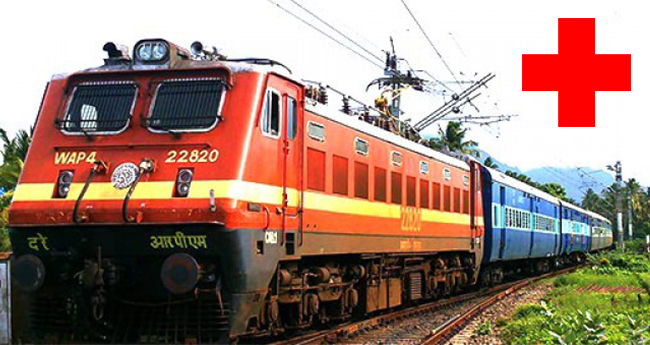 We have often heard about serious tragedies taking place at railways stations and in trains. Passengers get hurt or meet with an accident and sometimes they lose their life as they don’t get first aid on the spot.

But now, after realizing the seriousness of the matter and avoiding further mishaps, the Indian railways have taken a new step to avoid such dreadful situations.

Recently, a railway officer lost his life due to cardiac arrest on the Jaipur-Kota train. The Supreme Court then issued directions, based on a PIL filed post the tragic incident. As per senior official, the Indian Railways will now have around 88 life-saving equipment, medicines and injections at all the railway stations and trains in case of such medical emergencies.

About 162 trains have been identified and provided with the new first-aid boxes. These first-aid kits will have around 58 different kinds of medicines, and first aid material. AIIMS committee formed by the Supreme Court is looking into this serious issue and trying to provide emergency care to passengers travelling in trains. The committee’s report has listed the equipment that the Railways need to be provided.

The stations and the trains were having only basic first-aid products till now.

Not just this, the Railways is also providing folding stretchers at all stations and will seek the help of doctors travelling on the trains or present at the nearest station, in case of emergencies. The new first-aid kit will have life-saving drugs for the passengers who are travelling long distance.

A doctor will also be on-board for the help and assistance. Selected long-distance trains will also carry the augmented first aid boxes.

The officer finally concluded saying that the Railway’s Lifeline Express has been running on the Indian Railways network for the past 27 years, providing medical services to lakhs of passengers across India in the case of such emergencies. Even the TTE’s, guards and station masters are trained in providing basic medical care so that they can help the passengers travelling in such emergencies.

Well, this was one of the most important measures that needed to be taken long ago. But it’s really good to see that things are improving.