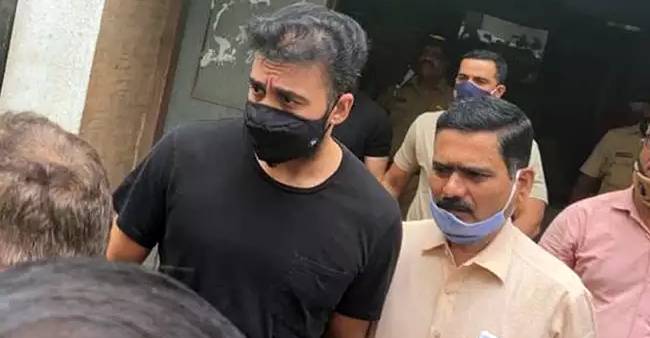 Raj Kundra’s police custody ended today but during his court hearing, his custody was extended by another 14 days. The businessman’s bail plea has also been rejected by the court. He was arrested on July 19th for alleged involvement in a pornography racket.

On July 23rd, a new piece of evidence was found at Kundra’s Viaan Industries office in Andheri. It was a hidden cupboard that contained several documents about financial transactions and cryptocurrency. Raj and Shilpa Shetty’s Juhu bungalow, ‘Kinara’ was also raided by the cops and Shilpa Shetty was questioned in the case. She has denied any involvement in the racket.
It is also being reported that Raj Kundra was preparing to dodge the arrest and had a plan in place for that. He had deleted data from his present phone and threw away his old phone.

Apart from the Mumbai Crime Branch investigating the case, it is likely that the Enforcement Directorate will also join the investigation as they will probe a money-laundering angle. The police will review financial transactions between Raj’s Yes Bank account and the South African bank account of Mercury International company (online betting and casino gaming).