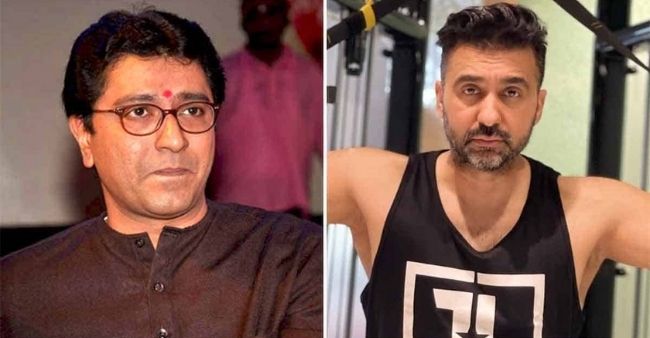 Businessman and husband of actress Shilpa Shetty Kundra, Raj Kundra has been in the news for the past 10 days for his alleged involvement in a pornography racket. Raj is being investigated as the key conspirator in the case. Ever since this news broke, Raj Kundra was being heavily criticized and people have been making jokes and memes about him. Now a video is going viral where Maharashtra Navanirman Sena chief Raj Thackeray can be seen taking a direct dig at Raj Kundra

Raj Thackeray was surrounded by some photographers at his office when he was heard saying in Marathi, “Have you taken all the shots from my ears, nose to my hair? I am not Raj Kundra to give a shot.”

Raj Kundra’s judicial custody was extended by another 14 days 2 days ago. His bail plea was denied by the court. The police are probing every possible angle in the case now. The Mumbai Police recently raided Raj Kundra’s Juhu bungalow where Shilpa Shetty broke down seeing all the chaos. They also raided his Andheri Viaan Industries office where a hidden cupboard was found. Several files were recovered and have been sent for auditing. His wife Shilpa Shetty has denied any involvement in the case .

Parineeti Chopra wishes to delete Arjun Kapoor’s number after the actor trolls her...