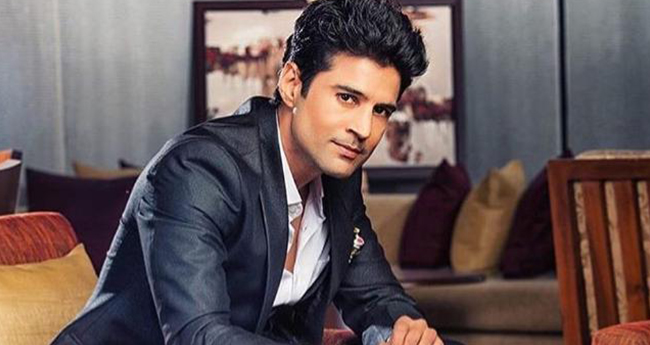 Do You remember Sujal Garewal from Kahiin To Hoga? Everyone’s constant crush from 2003-2005 is back with another show.

Ohh! He is Rajeev Khandelwal who is coming back with a chat show named as Juzz Baatt. This show will give a chance to open up about their struggles, fears, and insecurities. However, the first episode of Jazz Baatt will be seen on Tv on next month and will have Rohit Roy and Ronit Roy as their first guest to discuss their struggles, fears, and insecurities.

Zee TV official took to Instagram shared a trailer for his upcoming show and wrote, “He is back! And this time, to bring your favorite television stars closer to you!⭐️ It just can’t get better than this! ‪Get ready to watch #JuzzBaatt, from 5th May, Sat-Sun, 7PM, only on Zee TV!‬ ‪#RajeevKhandelwal”

He is back! And this time, to bring your favourite television stars closer to you!⭐️ It just can’t get better than this! ‪Get ready to watch #JuzzBaatt, from 5th May, Sat-Sun, 7PM, only on Zee TV!‬ ‪#RajeevKhandelwal

As per the report said, ” Vivek Dahiya and Divyanka Tripathi will also appear on one of the show’s episodes.”

While talking to media co-producer Sandiip Sikcand reveals, “As viewers and fans, people always like to know the other side of actors when they are not facing the camera. Our show’s format is as uncomplicated as it can be.” “It is a candid chat with TV actors and prominent faces from different walks of life who will open up about their struggles, fears, insecurities, and pain. Basically, the stories that are very different from what you have read in newspapers and magazines,” he added. “Absolutely not. In fact, I’m proud of my first show and the feedback that I received. It was unfortunate that the entire afternoon slot of TV shows was shelved. I respect the channel’s call. Some decisions have to be made for best interests. Nonetheless, the audience appreciated the concept. It is a show that will always be close to my heart because as a team, we tried to highlight the problem of body shaming which exists in our society,” he said.