Rajinikanth, 71, announced a program to help students from marginalized communities train them for exams organized by the TNPSC. The actor then announced that 100 students would be funded by the Rajinikanth Foundation.

On December 26, a press release announced the launch of his foundation’s official website. The press release read: “The Rajinikanth Foundation was established by Indian film superstar Padma Vibhushan Rajinikanth to use the education of the poor and oppressed as a tool to create a society based on empathic governance, progressive thinking,  Leadership excellence, scientific temperament, democratized education, and sustainable economic system. Although we have a global vision, we wish to limit our initial initiatives to Tamil Nadu. The foundation was pleased to announce the Free registration for the TNPSC group exam training for the “Super 100 Batch”. seen in ‘Annaatthe’ and now it is expected that the next Rajinikanth film “Thalaivar 169” will be directed by Nelson Dilipkumar who directed “Doctor” by Sivakarthikeyan and “Beast” by Vijay. 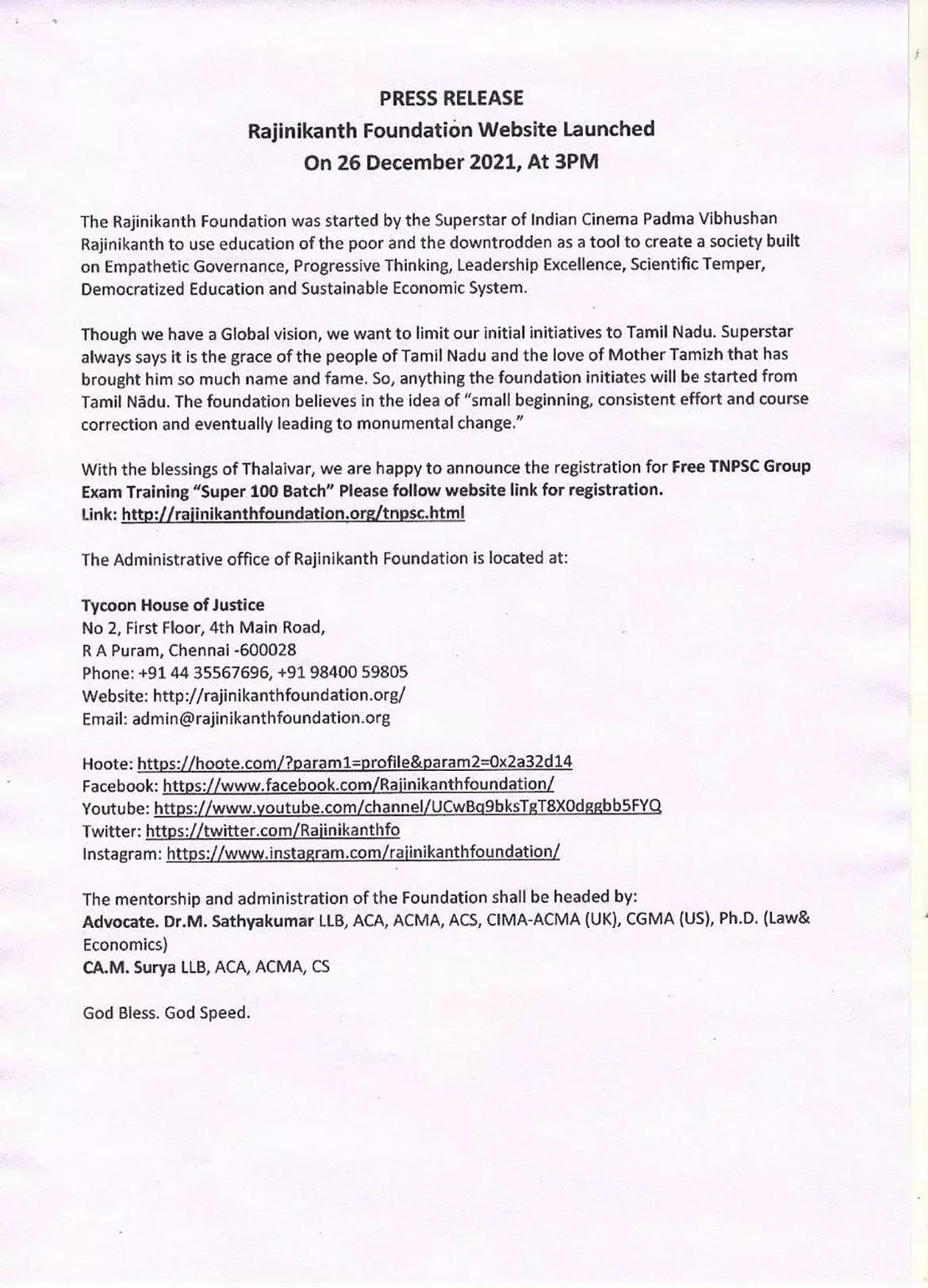