From Rajnikanth to Prabhas, South Indian Actors That Are Earning More Than Their B-Town Counterparts 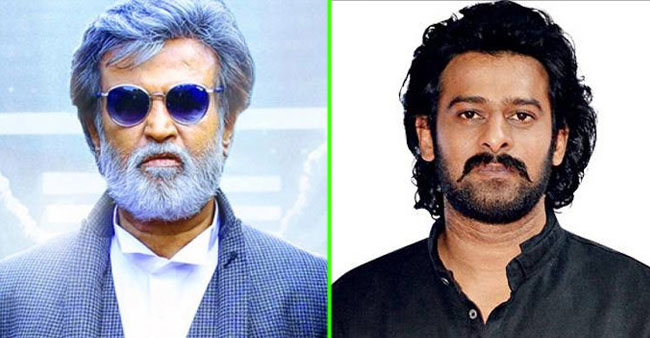 In recent times, there has been a lot of comparisons going on between the Bollywood and the South film industries. Until 2015, both these film industries were seen as separate ones but after the release of Baahubali: The Beginning, the games changed. The masses realised the potential a regional language film can hold and there many watch-worthy South cinemas.

As the comparison between the two industries began, it was inevitable that the masses start to compare B-Town stars with South Indian actors. The actors in both industries truly are powerhouse performers and enjoy a massive fan following. However, it will be a surprise to know that many renowned South industry stars are earning more than their Bollywood counterparts.

Here is a comparison of earnings of Bollywood and South stars based on the Forbes’ 2019 Celebrity 100 List. The list was published right before the health crisis hit the world and brought the entertainment industry to a standstill.

As of now, veteran star Rajnikanth is the highest-paid actor in the South film industry. In the year 2019, he earned Rs 100 crore from S Shankar’s 2.0. The movie was made on the budget of Rs 500 crore. Other than this, the movie which helped Rajnikanth with his earnings was Petta. He surpassed the Mr. Perfectionist of Bollywood who made Rs 85 crore. Aamir Khan’s movie Thugs Of Hindostan didn’t do well at the Box Office.

The craze for actor Mohanlal in the South industry can never be put into words. He is among the most respected and celebrated Malayalam stars. Mohanlal starrer Lucifer was loved by the masses and it majorly contributed to Rs 64.5 crore earning. While Bollywood’s Greek God, Hrithik Roshan earned Rs 58.73 crore. He featured in War alongside Tiger Shroff which was the highest grosser of 2019.

The 2019 movie Bigil starring Thalapathy Vijay minted Rs 300 crore worldwide. It was the major source of his earnings that year of Rs 30 crore. On the other hand, Shahid Kapoor also starred in a superhit Bollywood movie titled Kabir Singh and also the multi-starrer Padmaavat. The former ended up becoming the third-highest grossing Indian film in 2019. He earned Rs 12.75 in comparison to his South counterpart.

2015 released Baahubali: The Beginning was the call for fame for Prabhas. The movie made him a worldwide sensation and he received heaps of praises for his role. He then ventured into Bollywood with Saaho, and it didn’t receive many good reviews from critics. But anyhow the movie managed to earn Rs 130 crore on the first day. On the other hand, versatile Bollywood actor, Ayushmann Khurrana had a few moderated hits with Shubh Mangal Zyada Savdhaan, and Dream Girl. Both Prabhas and Ayushmann earned Rs 50 crore and Rs 30.5 crore respectively.

Actor Mahesh Babu featuring Maharishi received lots of love and money from the masses. It contributed to his earnings of Rs 35 crore. Speaking of Mahesh Babu’s counterpart Saif Ali Khan, he earned Rs 17.03 crore. It was due to the success of Tanhaji: The Unsung Warrior and Netflix show Sacred Games.