Rajpal Yadav, the great comedian-actor is again blessed with a baby girl. Rajpal Yadav and his second wife Radha Yadav on Wednesday welcomed a baby girl and this time he has been blessed with a second daughter on the auspicious day of Navratri. The family seems very happy and the elder sister was seen in a picture flaunting her T-shirt where it was written as ‘The Big-Sister’. He welcomed his daughter by calling it ‘actual proof of blessing’. 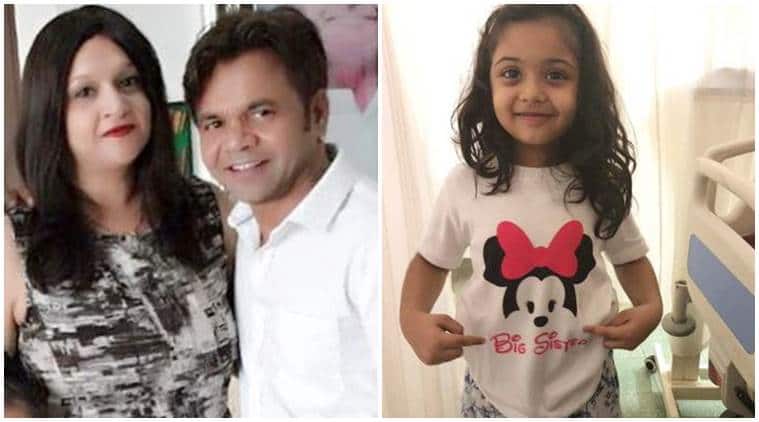 Courtesy
Rajpal is so glad for his child that he added the photo, and wrote, “My little Honey is now a Big Sister!! On this auspicious day of Navratri we are blessed with another Daughter👶❤. #bigsister #newmember #blessed #newbaby #happytimes #happynavratri.”

My little Honey is now a Big Sister!! On this auspicious day of Navratri we are blessed with another Daughter👶❤ . #bigsister #newmember #blessed #newbaby #happytimes #happynavratri

Rajpal Yadav had the first daughter named Jyoti from his first marriage with Karuna and later his first wife passed away on 10th may 2003 named and then he married again.

Rajpal himself revealed in an interview that his second wife, Radha, is 9-years younger to him. Radha is younger to him in age but stands an inch taller than him. The two of them met when Rajpal went to Canada for the shoot of his film, ‘The Hero: Love Story of a Spy’. That is where he met her via a common friend. They spent 10 days together in Canada and when Rajpal came back to India, they continued their conversations. 10 months later, Radha had decided to relocate to India for him and then the couple got married.

On the work front, Rajpal Yadav was seen in comic roles in the movies Rangeela and Total Dhamaal. His comic role has always been applauded by the critics as well as the audience.

Many congratulations to Rajpal and his wife! We wish them loads of happiness and success in life!