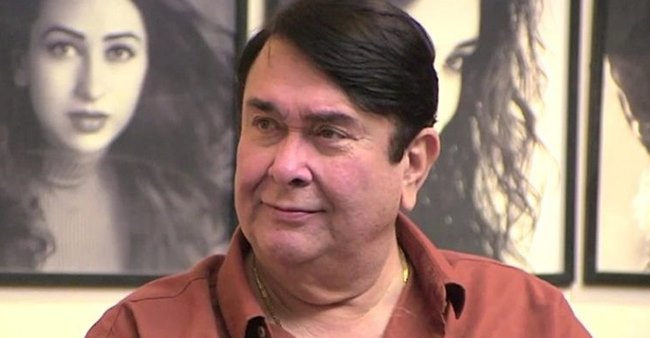 Veteran Bollywood star Randhir Kapoor earlier this week got tested positive for the ongoing viral infection. Later he was admitted to Mumbai’s Kokilaben hospital and said that his staff has also contracted the infection. Furthermore, he added that his wife Babita Kapoor, and their daughters Kareena Kapoor Khan, Karisma Kapoor are all safe.

The veteran actor has shared an update on his health and has said that he has ‘no major’ problem. He also added that he no idea from where he contracted the viral infection, he is surprised. Randhir Kapoor also mentioned that his entire staff of five members also has tested positive. He has got them hopitalised in Kokilaben Ambani hospital with himself.

Speaking of the symptoms, Randhir Kapoor said that he felt some shivering and decided it is better to be safe and underwent a test. Otherwise, he is in no discomfort. The veteran star said, “I have no major problem. I am not breathless and did not need an ICU or oxygen support either. I had a bit of fever but that is gone now.”

A doctor of Kokilaben Hospital also said that there is no cause of concern and the actor was admitted to the hospital last night for treatment. He remains stable and there is nothing to worry about.

On the work front, Randhir Kapoor was last seen on the big screen in the 2014 released movie Super Nani.

He is often spotted visiting his daughters’ place on any festival or big occasion. Randhir Kapoor very close to his daughters and even the sister duo like being around him.

Published by siddhi ajgoankar on 30 Apr 2021