Rani sends love to Aishwarya in throwback video, said We are going to be friends forever 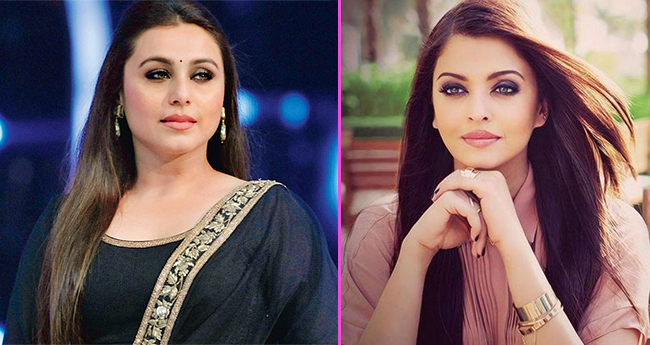 Rani Mukerji and Aishwarya Rai are top actresses of Bollywood. They ruled the B-Town with their tremendous acting talent for more than a decade now. Both the actresses are now married and are mothers to beautiful angels. Though they took a break to enjoy their personal life, they both returned to the big screen with power-packed movies. The two actresses were not on very good terms with each other because of a little misunderstanding back in time.

They two though didn’t fight face to face, they did had an issue at the time of Chalte Chalte. It was because of Salman Khan that all this started. He made a big scene on the sets of the film and Aishwarya was upset over Rani signing the film that actually has been signed by her.

A post shared by AishwaryaRaiBachchan (@aishwaryaraibachchan_arb) on May 12, 2018 at 5:30am PDT

It is the story from Aish’s side. Talking from the Rani’s side, she also expressed her displeasure when she was not invited to Abhishek Bachchan and Aishwarya Rai Bachchan’s wedding. At the time of Bunty Aur Babli and Yuva, rumours were spread wide that Abhishek Bachchan and Rani Mukerji were dating.

The latest buzz about the duo is that Rani Mukerji recently was invited as a guest to the show Jeena Isi Ka Naam Hai. In the show, Rani Mukerji had revealed that she adores Aishwarya Rai and had recorded a special video message for her. In the video, one could see how much love Rani have for Aishwarya in her words. She addressed Aish as Aishu Maa.

In the video message Rani was seen saying, “Aishu Maa, you know I love you. I am really sorry I couldn’t come for the show because I am unwell. As you know, I am always unwell, I couldn’t make it to Delhi. Just to let you know that I love you, you mean a lot to me. I just love you Aishu Maa. I just want to say one thing, that we are going to be friends forever. I love you.”

Coming to the work front, Aishwarya Rai will be seen next in Fanney Khan. The movie stars Aishwarya Rai, Anil Kapoor and Rajkumar Rao in key roles. The movie is all set to hit the screens on 3rd August 2018.