Ranu Mondal’s daughter criticized for abandoning her; says mom does not want to stay with us 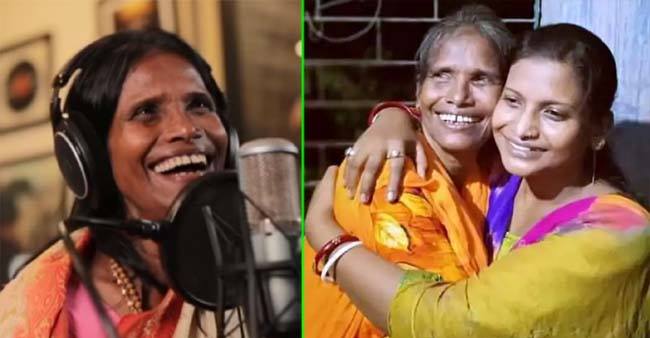 It has been only few weeks that Ranu Mondal has become an internet singing sensation after her video of singing a hit song of Lata Mangeshkar went viral.

She sang Lata Mangeshkar’s song “Ek Pyaar Ka Nagma Hai” and her song really went viral over the internet after a guy shared her song on Facebook.

She instantly turned famous all over the internet and also bagged the opportunity to sing a couple of songs in Bollywood movies.

However, her daughter Elizabeth Sathi Roy revealed that she had not been aware about the fact that her mother used to sing at the railway station and also stated that she did not visit her mother Ranu Mondal on a regular basis. But, Ranu’s daughter said that she was in constant touch with her.

Elizabeth Sathi Roy was at the receiving end, when the internet users criticized her for abandoning her mother during her old age.

But, Elizabeth said that she always tried to take care of her mother whenever possible, even though she had her own struggles.

Elizabeth Sathi Roy is one amongst the four children of Ranu Mondal and she said that she is a single mother who is running a small grocery store and she had asked her mother to stay with her several times, but with no results.

Speaking to media people, Elizabeth Sathi Roy stated that she is Ranu’s daughter from her first wedding. She also has one elder brother.

Ranu has two children from her second marriage.

She stated, “My father passed away a few years back. Ma’s kids from her second husband probably stay in Mumbai now, though I am not sure. Her second husband is still alive. I am her first husband’s daughter, and I have an elder brother and a half-brother and half-sister. We are not in touch with each other. Why don’t the other kids take responsibility of ma? Why nobody is blaming them? I want them to come forward and take care of ma along with me.”

Elizabeth Sathi Roy also said that she had limited contact with Ranu Mondal after she got married.

When E Elizabeth visited Dharmatala in Kolkata few months back, she had seen her mother sitting aimlessly at a bus stand.

Elizabeth had urged her mother to go home immediately and even gave her Rs 200. Elizabeth also claimed that she used to send her mother Rs 500 using her uncle’s account.

She also criticized the associates of Ranaghat’s Amra Shobai Shoitaan club, who are taking care of Ranu, of not allowing her contact Ranu Mondal and also blames them of threatening her.