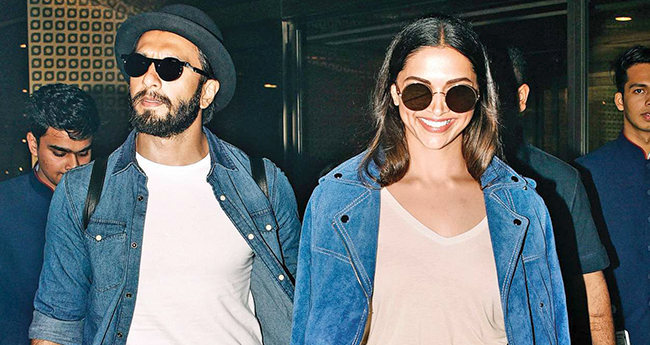 The high profile actors Deepika Padukone and Ranveer Singh never directly spoke about their relationship in public. But their public appearances have made everyone believe that they are seeing each other. Speculations about their marriage are being made by fans every day. Some sources have revealed that Ranveer has already informed his friends in B-town about his marriage with Deepika.

“Ranveer wants a few months gap between Simmba and ’83’. He has to start prep and training for his role and given that he’s a complete method actor, he doesn’t want to spare any effort in his portrayal of the cricket icon.” The pair has given many hit films together and the audience too loves their ‘Jodi’. Fans are waiting to see this reel life couple to become a real-life couple soon.

They won "Couple of the year" at Femina Beauty Awards🎉💕

Both of them are highly dedicated towards their profession and have established themselves in the Indian film industry with their hard work and talent. Deepika Padukone who was last seen in Padmavat is focusing on endorsing herself as an international celebrity. Her red carpet appearances in Met Gala and Cannes Film Festival were fueling the internet. Her alleged beau Ranveer Singh was spotted having a great time at his cousin Sonam Kapoor’s wedding.

He is all set to entertain the audience with his energy in ‘Gully Boy’ which is based on the life of rappers and ‘Simmba’ which is a remake of Telugu movie ‘Temper’. He is also committed to play the role of legendary cricketer ‘Kapil Dev’ in his biopic ’83’.