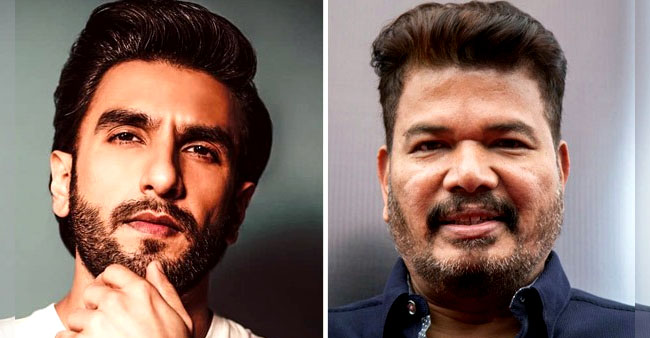 Published by siddhi ajgoankar on 14 Apr 2021

It is always a treat to the eyes to see versatile Bollywood actor Ranveer Singh grace the silver screen. He never fails to surprise the masses and truly is a package of entertainment. Now, he is all set to take a leap in his acting career by collaborating with Robot movie director Shankar. The actor-director duo will be joining hands for the biggest pan-India film.

The movie will be an official adaptation of the 2005 blockbuster movie Anniyan. The announcement of this massive venture was done on the auspicious occasion of Baisakhi in North India and Puthandu in Tamil Nadu. These two auspicious occasions mark the New Year celebrations in both the culture. The reports claim that the movie will go on floors in mid-2022.

The much-awaited venture is being bankrolled by God Bless Entertainment and the music of the same will be available on Saregama. The filmmaker is all very excited to be directing Ranveer Singh in his movie. Speaking of the same, “For it to be made into a Hindi film, Anniyan needed a maverick, charismatic showman like no other to play the part. I found this in the mercurial Ranveer Singh because he is a once-in-a-generation actor who has shown us that he can immortalise a character through his stellar performance. I’m thrilled to make Anniyan for the pan-Indian audience and I’m confident that this powerful story will strike a chord in the hearts of all.”

Even the heartthrob of B-Town is over the moon to be working with such a note-worthy filmmaker. The elated star said that he has been blessed to have this opportunity to be a part of the spectacular cinematic vision of Shankar.

Praising the filmmaker, the actor said that he had always hoped to collaborate with filmmaker Shankar and now to be a lead actor in a movie directed by him is a dream come true.

Ranveer concluded by saying that words don’t do justice to just how excited he is at the prospect of being directed by Shankar.

Indeed, it will be worth seeing Ranveer Singh on the big screen in a movie directed by Shankar. The title of the film hasn’t been announced yet.