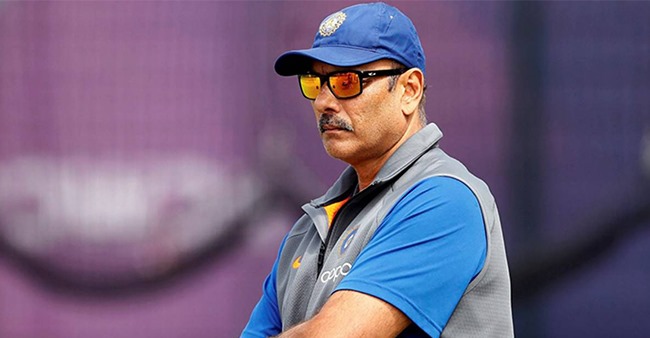 As we all have expected, Ravi Shastri has been retained as the head coach of the Indian cricket team, on behalf of a decision that was made by the Board of Control for Cricket in India’s (BCCI) Cricket Advisory Committee (CAC). The committee comprises popular names such as Kapil Dev, Anshuman Gaekwad and Shantha Rangaswamy and the decision was taken in Mumbai on Friday.

The CAC addresses the media in Mumbai. pic.twitter.com/nmeZjWk5Yp

Former Indian all-rounder Kapil Dev made the important announcement at a press conference on August 16. Popular former cricket stars such as Mike Hesson, Robin Singh, Tom Moody and Lalchand Rajput contested for the post, but Ravi Shastri was selected over them based on his better performance for India in the recent years. Ravi Shastri’s tenure had ended after the 2019 world cup cricket that was held in India, but he was given a small extension till the Indian cricket team’s tour of West Indies.

As per the latest decisions, Ravi Shastri has been appointed as the head coach of the Indian cricket team for the next two years and his tenure will end with the 2021 T20! World cup tournament in India. This will be Ravi Shastri’s fourth tenure with the Indian cricket team, as he has served briefly as the Cricket Manager during the 2007 tour of Bangladesh and also has the Team director from 2014 to 2016 before become the head coach since 2017.

Shastri selected as coach because only he played with the true 'spirit' of the game. pic.twitter.com/Dl2Yr0Hhs4

Mike Hesson was the number two at the interview, while Tom Moody secured the number three post. Kapil Dev said it was a close race and was really difficult to decide the final selection for the person as the head coach of Indian cricket team.

Earlier, Ravi Shastri was picked as the head coach of the Indian team in 2017 and at the time the CAC comprised of players such as Sachin Tendulkar, Sourav Ganguly and VVS Laxman. During the tenure of Ravi Shastri, team India became the number one ranked team in the ICC test rankings and also performed well in the 2019 world cup, which was held in England.