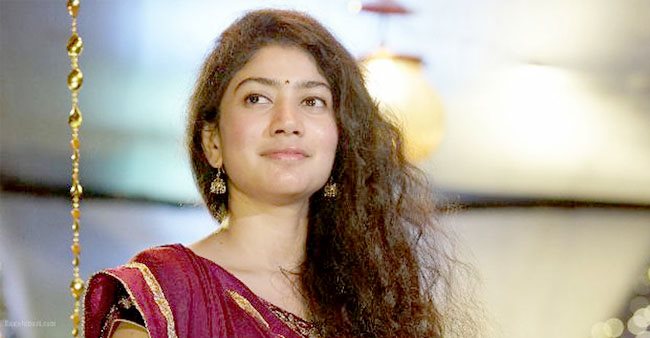 Sai Pallavi, the popular South Indian actress is currently ruling the entire South film industry with her back-to-back hit films. The actress has become quite popular for her acting in the films Premam and Fidaa. It is an undoubted fact that Sai Pallavi has gained immense popularity across Telugu, Tamil and Malayalam film industries.

As of now, the actress is gearing up for the release of her upcoming film NGK opposite Suriya. It’s the first time for the actress to share the screen space with the actors such as Suriya and Rakul Preet Singh. It is quite common for the advertisement companies to contact the popular actors for endorsing their products.

Whenever an actor or a game player acquires immense fame all over the nation, the companies rush towards them in order to sign a contract with them for promoting their products. However, Sai Pallavi has created a sensation by rejecting Rs. 2 Crore offer from the brand owner. When the actress was asked to endorse for a fairness cream advertisement, Sai Pallavi immediately declined the offer without any second thought.

At the time of the film promotions, Pallavi revealed the reason behind declining the whopping offer. She said, ‘My close circle comprises my parents, sister Pooja, and my friends. Pooja used to hog cheeseburgers and has always had a complex that she wasn’t as fair as I am. Many a time, when we both stood in front of the mirror, she would compare her complexion to mine.’

The actress gave a suggestion to her sister Pooja to stay natural. She said, ‘Once, I had told her that if she wants to become fair, she should eat fruits and vegetables. And she did it! She doesn’t like eating fruits and vegetables, but she still did it, because she wanted to become fair. I felt so bad. What an impact it has created on a girl five years younger than I am!’

Moreover, the actress is not at all interested in doing such fairness cream advertisements. Speaking about the work front, Sai Pallavi is currently working for her next Telugu film ‘Virata Parvam’ featuring Rana Daggubati.