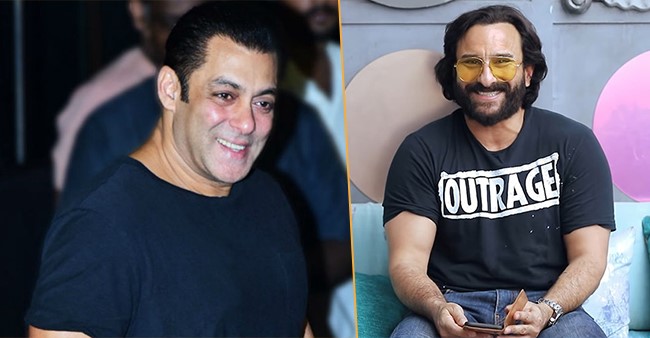 Saif Ali Khan is one of the most popular actors in the Bollywood film industry. Kareena Kapoor Khan and Saif Ali Khan is the best ever a couple in Bollywood. Everyone is inspired by looking at the stylish looks and fashion sense of the couple. In recent times, Saif Ali Khan was asked about the maintenance of his physique during his vacation.

He then replied that he came from a phase wherein vacation took priority over his health. Everyone feels better if they return back to the hometown from a long vacation with a decent and fit look. The 48-year old Saif Ali Khan disclosed some interesting things from his youngster days. When he and Salman Khan were on a flight journey, they even did push-ups in order to maintain their body fit.

In the Bollywood film industry, Saif Ali Khan and Salman Khan are the popular actors who are quite well-known for their fit physiques. During the live chat, the couple Saif and Kareena answered to some health-related questions asked by their fans. When he was on a vacation, Saif would surely take care of his fitness and diet plans.

If he resides in America, eating a pizza is truly essential which is considered a high-calorie food. When Saif revealed his answer that he and Salman have done push-ups on a flight, Kareena was surprised on listening to such incident from his hubby Saif.

During their period, Salman Khan and Saif Ali Khan have shared a fantastic bond with each other for several years. We also knew that Bollywood’s most fit actors also shared their screen space together in the film ‘Hum Saath Saath Hai.’

The live chat was carried out on Facebook with Saif’s dietician Rutuja Diwekar and his wife Kareena Kapoor. Watch the complete chat with Kareena and Saif on Facebook with Rutuja from the below video. Speaking about the work front, Saif is currently working for his next films Dil Bechara, Taanaji: The Unsung Warrior and Bhoot Police. On the other hand, Kareena is shooting for the films Good News and Angrezi Medium.