Ex-Indian skipper Mahendra Singh Dhoni is one of the most valuable and skilled cricketers in the world. He was called ‘Captain Cool’ when he was a captain. He is also called as the best finisher in cricketer. The wicket-keeper batsman has always brought hope for the team in tough matches and has always managed to win matches.

While Indian Test team currently playing the five-match series in England, former India captain and wicketkeeper-batsman MS Dhoni, who retired from the longest format in 2014, is utilising his free time well with his family and “toys” that he loves.

Dhoni’s wife Sakshi on Thursday posted a picture of the cricketer’s garage, which was well decorated with a couple of luxury bikes. “This boy really loves his toys,” she wrote in her Instagram story. 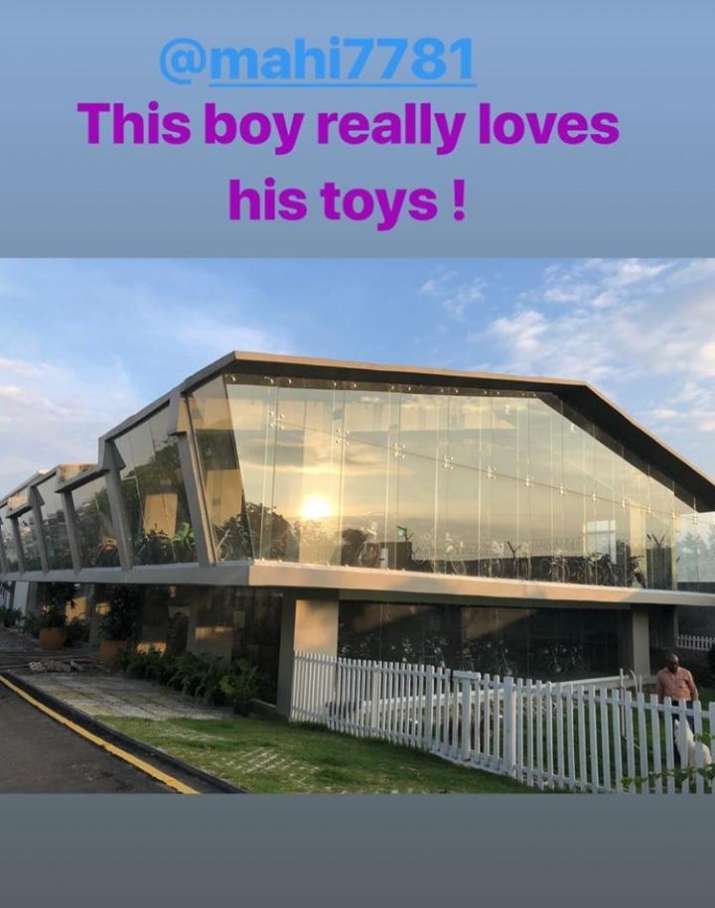 The 37-year-old Ranchi-born batsman loves to flaunt his mean machines on the streets and on social media.

MS Dhoni is the most admired sports personality in India. According to a recent survey, Dhoni finished ahead of current India skipper Virat Kohli and legendary batsman Sachin Tendulkar.

Dhoni had come under fire during the England ODI series for the slow scoring rate.

Former Australia batsman Michael Hussey has put his weight behind MS Dhoni despite recent criticism over the veteran’s slow outings in England. Hussey has said he “wouldn’t be reading too much” into Dhoni’s poor innings in England.

Dhoni still remains the only captain in history to win all three ICC tournaments – the World T20 (2007), World Cup (2011) and the Champions Trophy (2013). Dhoni is also the only Captain to win three IPL trophies which he won for Chennai Super Kings.

Dhoni will now be seen in action in the Asia Cup which will be held from September 15. Stay tuned to Laughing Colours for the latest sports news and updates.