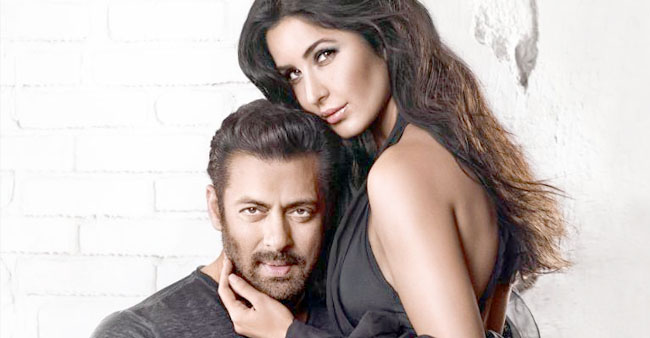 We all know that Salman Khan relaunched Katrina Kaif in Bollywood with Maine Pyaar Kyun Kiya, and buffs got amazed with their unique chemistry. Shortly after the film got released, there were reports all over the web that Salman and Katrina are in a love relationship.

They remained together for a long time until something went wrong between the two and they ended their love relationship. While a lot of people were of the view that after their break up, they will not be seen together on the silver screen, they proved everybody wrong and did Bollywood films like Tiger Zinda Hai and Bharat.

While talking about Tiger Zinda Hai, which was a sequel to the super-hit project Ek Tha Tiger, we have brought a throwback interview of Katrina, in which she talked about working with Sallu in Ek Tha Tiger and stated that he can’t handle romantic scenes.

In a media talk when Katrina was questioned on if she likes the dashing hunk Salman as a romantic star or action hero, she responded, “Both, I think. Right now, the audience likes the action-romantic genre and it works well.”

The ‘Jab Tak Hai Jaan’ beauty said, “Beyond a point, I don’t think Salman can handle the romantic scenes. He gets very pakaoed (bored) by it. So I think it is good there is a break and he does an action film. That’s what he is like as a person. He needs everything in moderation.”

While praising the dashing hunk during the same media talk, an elated Katrina also stated that he is one of the most supportive persons she has ever seen in her life.

She also stated that Sallu is a very spontaneous performer. He is a hard worker and has always been concerned about his work.