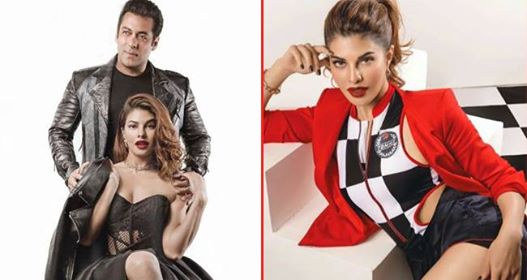 Jacqueline Fernandez has been one of the most loved actresses in the Bollywood. The Sri Lankan beauty debuted opposite Ritesh Deshmukh in Alladin. The actress had many struggles till Murder 2 and then she got her big break in Salman Khan’s Kick. People loved their chemistry in Kick and people went crazy when they saw Salman and Jacqueline together in chartbuster song ‘Jumme Ki Raat Hai’ which topped many playlists.

After Kick, her career graph has grown exponentially and the actress has already entered the A-list category in Bollywood. The actress has been a very close friend of Salman Khan since then. Salman has also shown his support for the actress on various occasions.

At a media interaction, the actor was said that Jacqueline was supposed to make her debut with his film London Dreams in 2009. “I know Jacqueline since the time she came down from Sri Lanka”, the actor said.

“She was being cast for London Dreams. But the movie was taking some time, so she did Aladdin. Then came Kick.”, Salman added. He also said that Jacqueline has not changed at all in the past years. “She is a good girl. It is good fun working with her,” he concluded.

Salman Khan and Jacqueline Fernandez are reuniting onscreen again for Remo D’Souza’s Race 3. Race 3 also stars Saqib Saleem, Anil Kapoor, Daisy Shah, Bobby Deol. The movie is not a sequel but a reboot of the franchise with a fresh story and cast. Jacqueline Fernandez and Anil Kapoor will not be revisiting the characters that they played in the previous installments of the franchise.

Jacqueline Fernandez is also rumored to be part of Kick 2, as she played the lead opposite Salman Khan in Kick. The fans are surely excited to see them together on big-screen again and again and enjoy their chemistry.