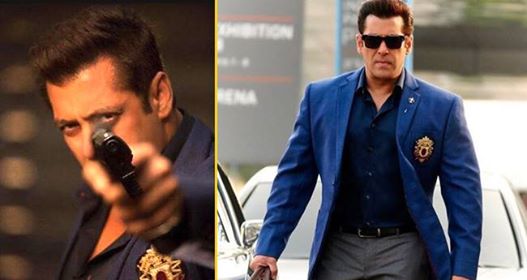 Salman Khan is one name which needs no introduction. The superstar is well-known worldwide for his blockbuster films. With most films crossing 100 crores, he has become the Box-Office king in Bollywood.

The actor is currently enjoying the success of Race 3 which released on June 15 this year. The film also stars Bobby Deol, Jacqueline Fernandez, Daisy Shah and Anil Kapoor in lead roles.

According to a report by a leading online news portal, Salman Khan has been finalised to play the protagonist in the fourth instalment of the Dhoom franchise, Dhoom 4.

According to a report in the leading news portal, the film will be directed by Vijay Krishna Acharya and is slated for a 2020 release. The director is currently busy with the shooting of Thugs of Hindostan and once done with it, he will begin work on Dhoom 4.

“Adi (YRF boss Aditya Chopra) plans to make the announcement once the paperwork is done.”

While Salman and Aditya have been discussing Dhoom 4 for over a year, the deal was finally locked last week post the release of Race 3. Adi plans to release Dhoom 4 in 2020. Victor (Vijay Krishna Acharya), who is busy with Thugs Of Hindostan, will direct the movie. Buzz is that Ranveer Singh will also star in the film,” the source said further.

Revealing details about Salman’s character in the film, the source told the web portal, “A reference poster has also been made. Salman Khan’s character is likely to have long hair and a scar on his face. He won’t play a negative character. His part will be like Aamir Khan and Hrithik Roshan’s characters in the previous instalments.”

Salman Khan will also soon start the shoot of Dabbang 3 and Bharat. Bharat also stars Disha Patani and Priyanka Chopra in the lead roles. Salman will also have a cameo in Shah Rukh Khan’s Zero.