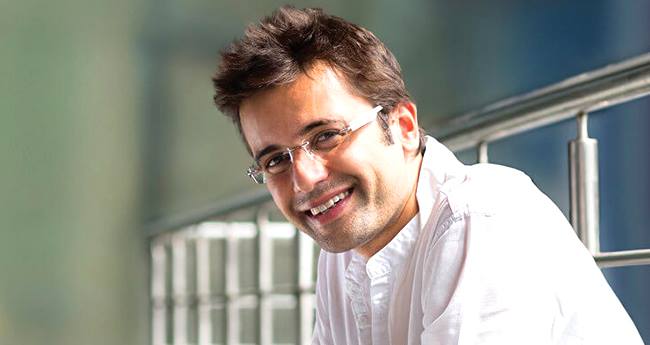 In the world of digitization, everybody wishes to earn fame and make as much money as they can.  But not all are same and here’s one person in India who got immense fame but he his not running behind money. If you are in a position where you can earn tonnes and tonnes of money, you will never step back and make as many as you can.

An Indian personality Sandeep Maheshwari is one of the people who are not interested in making money and is satisfied with what he has. Though he could easily make money he refuses to do so. Sandeep is a well-known personality as well as a motivational speaker. He is also an entrepreneur.

Sandeep Maheshwari faced a lot of hurdles in his life before he founded a stock portfolio company Imagesbazaar.com.

Maheshwari said, “Some people are so dependent on ImagesBazaar, that they are addicted to it. If we close down the website for even a week, calls and messages would start pouring in, seeking where is the Team of ImagesBazaar?”

Well, this might surprise you but Sandeep Maheshwari is the only person who’s YouTube channel is not monetized. He can earn so much money without doing anything but Sandeep is the person who has no greed for money. Sandeep’s channel has 6 million subscribers. Also, you won’t find ads on his youtube channel.

Really, Sandeep is a great motivation to all of us. Where other people in India earning lacs with their YouTube channel but he is not interested in earning. Well, let us tell you Sandeep Maheshwari’sYouTube channel is the one the biggest youtube channel.