Sanjay Dutt announces he is fully recovered, pens down a thank you message for ‘countless blessings’ 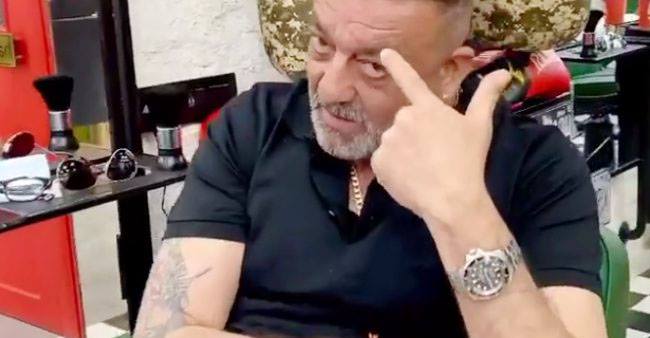 The versatile actor of Bollywood, Sanjay Dutt was going through a tough time after he was diagnosed with a severe wellness issue. His fans and followers were worried about him after he tweeted about the same. But, after a couple of months, he has given a pleasant surprise to everyone as he recently tweeted that he is fully recovered and doing fine now.

To share this good update, he picked a special occasion. On Shahraan and Iqra’s 10th birthday, he revealed this happy update and his fans just can’t keep calm.

While sharing the tweet, he wrote— ‘This wouldn’t have been possible without the unwavering faith and support from all of you. I am eternally grateful to my family, friends, and all the fans who have stood by me and been my source of strength through this trying time. Thank you for the love, kindness, and countless blessings’, have a look at the tweet below:

My heart is filled with gratitude as I share this news with all of you today. Thank you 🙏🏻 pic.twitter.com/81sGvWWpoe

In his note, he also expressed his gratitude to all the doctors and the medical staff of the Kokilaben treatment center and for them, he wrote ‘humbled and grateful’. It’s a moment of joy not just for Dutt’s family but also for all his fans and followers.

I miss them so much❤️ To everyone who is with their families right now, cherish them!

It was in August when Sanjay Dutt had announced on social media that he is going through some issues and he will be back after some time. But even during his treatment, he never skipped his schedules and completed his due work. He completed the work for Sadak 2. As per the reports, he will soon begin the work for Shamshera and he was also spotted on the sets of KGF: Chapter 2.