Once in a while, we find someone on social media who went viral on the internet with something special in them. Priya Prakash Varrier, Dancing Uncle, Dinchak Pooja-who can forget- Selfie Mene Leli Aaj and Daru Daru and most recent Chai Pi Lo Friends.

Dancing Uncle who went viral a few months ago, dancing on the songs of Govinda’s popular numbers and copying his moves and style. Even Govinda is flattered by his dancing skills and shook his legs with the Dancing uncle.

Dancing uncle also thanked Govinda for his valuable comments “It’s my fortune that Govinda Ji saw my video and said such precious words. I don’t think I want anything else after hearing this”.

And he is back again with his dancing moves but this time Uncle chooses the Hrithik Roshan’s style. He has given an electrifying performance on his songs “Kaho Naa Pyaar Hai” and “Ek Pal Ka Jeena”. 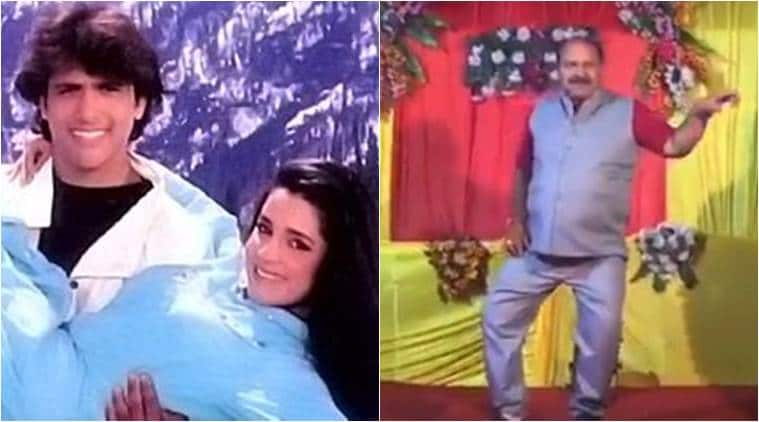 Everyone is going crazy after watching his dance video that he shared on Twitter and wrote, ”

It seems Uncle is not going to stop and we also wish he would not. He is just improving his moves day by day.

Dancing uncle aka Sanjeev Shrivastava after the immense popularity even met Sunil Shetty and Chief Minister Shivraj Singh Chouhan. He had also met Superstar Salman Khan on the sets of Dus Ka Dum. He has bagged himself his first brand endorsement with Bajaj Allianz.

Earlier Govinda also said, “I love his moves. Sanjeevji’s dance is mind-blowing and out of the world. I hope we see more of him in the future”.