Sanju: A New Song Revolves Around Sanjay’s Struggles And His Bond With Family 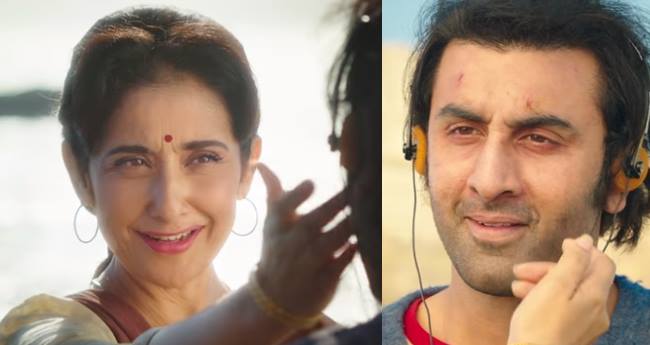 From ultimate life story to best starring cast, Sanju is making noise for all the right reasons. Rajkumar Hirani’s direction and Ranbir Kapoor’s acting as a Sanjay Dutt is less for words.

Recently, the makers released the new song from the film titled as ‘Kar Har Maidaan Fateh’ and in the song for the first time we will see the glimpses of Sanjay Dutt’s sister Priya Dutt which is played by Aditi Gautam in Sanju. Ranbir Kapoor as Sanjay Dutt standing against a wall with a family picture hanging on it.

Sukhwinder Singh and Shreya Ghoshal langer their voice in Kar Har Maidaan Fateh which portrays the relationship of Sanjay Dutt with his parents Sunil Dutt and Nargis. Well, in the film that role played by Paresh Rawal and Manish Koirala.

The song revolves around the Sanju’s struggles and his bond with his family members while Hirani also approached Sanjay’s sister Priya Dutt to help him with photos and videos of their ancestral Bandra home.

“Rajkumar Sir wanted to portray Sanjay’s life right from childhood as is and hence we all got into recreating the entire set up for the house where Sanjay originally resided with his parents Sunil and Nargis Dutt. The set creation took about 25 days and once it was ready, the cast and crew including the visitors on the sets were shocked and amazed to see the exact replication of the original house,” a source said.