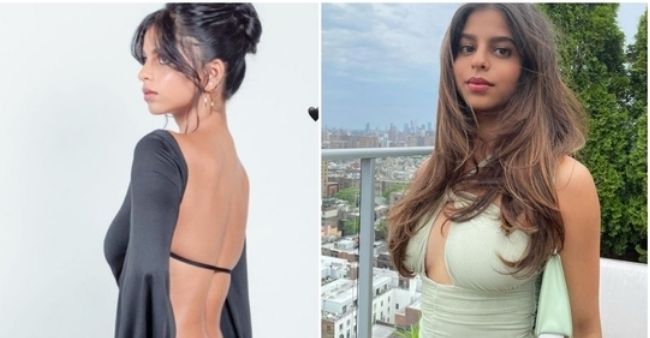 Megastar Shah Rukh Khan’s little princess, who is said to be making her big Bollywood debut in Zoya Akhtar’s The Archies, shared a stunning picture on her Instagram stories on Friday. The star kid posted a gorgeous picture, presumably from a photoshoot on her Instagram story. Suhana is seen wearing a black backless satin dress and poses for the camera with her hands on her lips. She has her hair tied up in a loose bun and is wearing a pair of gold hoops.

The star kid’s acting debut has long been rumored. She first spoke about her ambitions in a 2018 vogue interview. Suhana said, “I don’t think there was any one moment when I decided. Since I was young, I’d do all these accents and impressions…I was playing Miranda in a school performance of mine for the first time.”

As we know, SRK had always maintained that his children should first complete their studies before considering a career in films, despite the interest of many to launch them. The actor in the same vogue interview, “Suhana’s not working towards a promise of being cast, she’s working towards being an actor, and she knows that….”