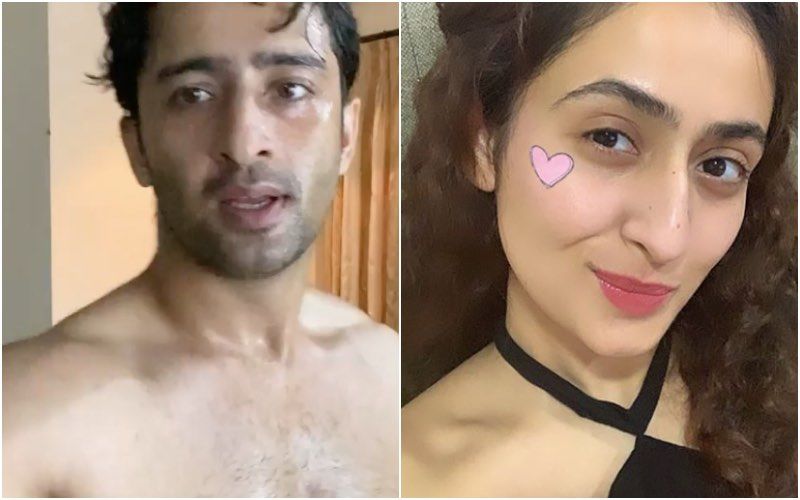 Shaheer Sheikh recently posted a video of his intense workout on Instagram. He could be seen flaunting his biceps and toned body to all his fans and followers. While giving a sneak peek into his workout session, he wrote ‘Pump it up’. He surely inspired many for hard work.

Right after he posted this clip, a lot of his fans dropped comments for him, and his girlfriend, Ruchikaa Kapoor, also dropped a special comment for him. She took her Instagram and dropped fire emoticons under his post. Along with Ruchikaa Kapoor, Shahheer’s close friends Sangeeta Kapure, Vinrana, Arjit Taneja and many others also dropped inspiring comments.

His fans were curious after watching his workout and one of them asked him how many hours he spends in the gym daily to maintain such a fit body. While other fans dropped heart and fire emoticons for their beloved TV star.

Talking about his work front, he is working in the telly business for years now and is known for his chocolate boy role in Yeh Rishtey Hain Pyaar Ke. Fans loved his chemistry with the talented Rhea Sharma who played the role of Mishti in the show. The show got replaced by Saath Nibhana Saathiya featuring Devoleena Bhattacharjee and Rupal Patel.

The talented and popular star recently appeared in a new single by the name of Ae Mere Dil along with Tejasswi Prakash. The song was released by the stars on October 20.