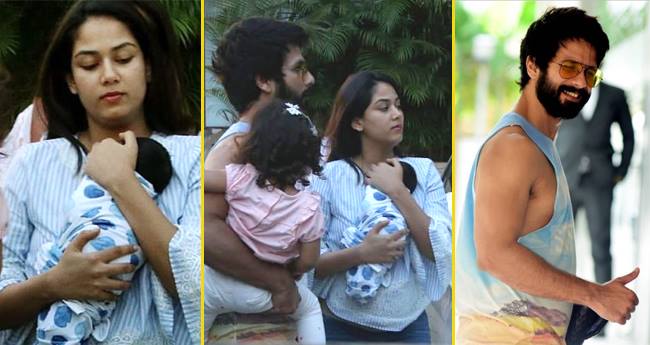 Shahid and Mira welcomed their second child on 5th September. It’s a boy this time and they have named him Zain. Shahid had announced his name on Twitter and thanked people for their wishes. However, people were confused as to why Shahid gave an Arabi name to his new born.

And now Shahid’s mother Neelima Azmi has spilled all the beans. In an interview, she said, “Mira and Shahid decided it mutually. At the time of Misha’s birth, Zain was decided. It was that it will be Misha if it is a girl (combination of Mira and Sasha) and if it is a boy, it will be Zain. Long back I had shared the name with Zain. I had told Shahid that I love 4 names- Shahid, Ishaan, Zain and Kaamraan.”

She further said, “It’s wonderful. Shahid and Mira are complete. I am in the best phase of my life. Misha has been the love of my life ever since she was born. And now, Zain joins her. He is a beautiful child. We all have toiled very hard in our lives and now just reaping happiness. God has been kind.”

Neelima said, My dearest elder son’s family is now complete… Misha (Shahid and Mira’s two-year-old daughter) has got a brother and Ishaan (son of Neelima Azim and Rajesh Khattar) has got a nephew now. I’m a hands-on grandmother with Misha and since I’ve had two boys of my own, being with the new member of the family will come naturally to me.”

Shahid and Mira are now parents of two beautiful kids. They earlier welcomed a girl in 2016 and named her Misha. They celebrated her 2nd birthday recently on August 26.

Mira and Shahid tied the knot in an arranged setup. Mira hails from Delhi.