Did you know Shahid Kapoor once filed police complaint against veteran megastar’s daughter? 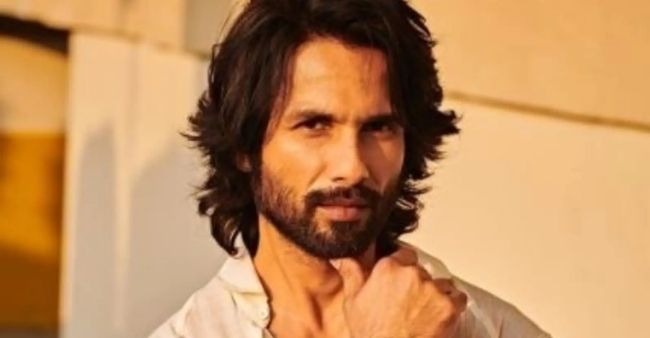 Bollywood’s one of the most admired celeb Shahid Kapoor easily makes every girl’s knees go weak. The actor enjoys a huge fan following across the country. When it comes to Bollywood celebrities, the obsession of their fans can sometimes cross many boundaries. One of those disturbing incidents also happened with Shahid. Well, the shocking part of the whole incident was that the girl was not just any fan. She was the daughter of a big Bollywood celebrity. Her obsession with the Kabir Singh actor led him to file a complaint against her with the police.

So, without further ado, the girl who scared Shahid Kapoor with her obsession was the daughter of iconic Bollywood actor, Raaj Kumar, Vastavikta Pandit. The veteran star, Raaj Kumar’s daughter Vastavikta was a Bollywood actress herself but failed to rise to fame. It is said that Vastavikta first met Shahid at Shiamak Davar’s dance lessons and apparently fell in love with him. Her love grew to such a degree that it began to haunt the Jab We Met actor.

In 2012, Shahid could not endure the mental torture caused by Vastavikta’s constant stalking which forced him to file a lawsuit against Raaj Kumar’s daughter at the Versova police station in Mumbai. In the complaint, Shahid revealed that a girl named Vastavikta Pandit had mentally harassed him and also claimed that every time he left the house the girl blocked his way, sat on the hood of his car, and repeated that she was his biggest fan.

A source close to the actor also revealed to PTI that Vastavikta moved into a house near the actor’s building and introduced herself as his wife. The source also revealed that she also used to stalk Shahid with his shootings. However, after Shahid filed an unrecognizable felony complaint against Vastavikta, the failed Bollywood actress managed to escape. The authorities have reportedly tried to find her since.

On the professional side, Shahid is preparing the release of his next film, Jersey. The film also stars actress Mrunal Thakur and is a remake of a southern film of the same name.