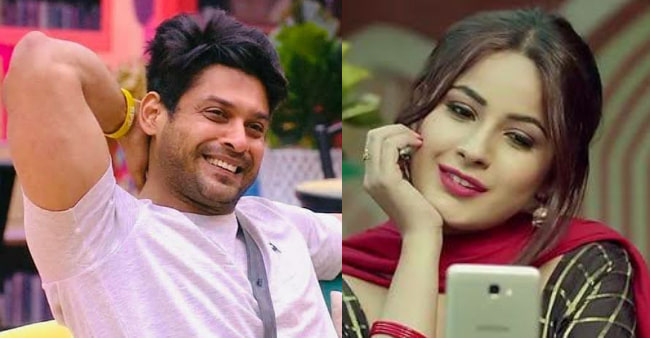 Shehnaaz Gill was spotted at the airport leaving for Canada and a fan managed to get a view of her mobile phone. It was seen that she has her and Sidharth Shukla’s photo as her phone’s display picture. Fans suggest that the photograph is from their Diwali celebration together. 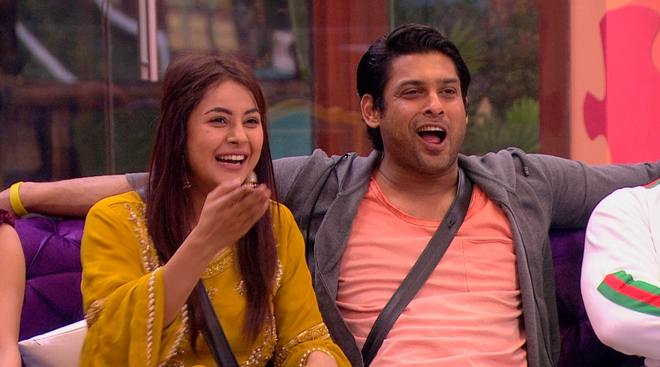 Bigg Boss 13 contestant Shehnaaz Gill is one of the most loved social media stars today. Her chemistry with BB 13 winner Sidharth Shukla is amazing and makes the fans go crazy on the internet. While the two have not accepted their relationship yet, their gestures and body language confirm the same, and fans leave no opportunity to keep a note of all those things that prove SidNaaz’s romantic bond.

The latest picture that’s now going viral on social media shows a glimpse of Shehnaaz’s phone-wallpaper, and fans took no time in figuring out that it was she posing with Sidharth in the wallpaper. The picture that Shehnaaz has added as her screen saver is actually one from her Diwali-special photo session in which both she and Sidharth twinned in black and gold.

The picture looks incredibly lovely and speaks volumes about their beautiful relationship. Now only if they confirm the same themselves!
Sidharth and Shehnaaz have so far appeared in two music videos together after coming out of Bigg Boss 13. While Sidharth was seen as a ‘senior’ in Bigg Boss 14 house last year, Shehnaaz made an appearance as a guest this season.

Together, they make one of the quirkiest couples on social media. Shehnaaz and Sidharth also celebrated New Year together in Goa where they were filming for their upcoming music video. Their love-hate relationship made the most noise. They are going strong even now. Shehnaaz has professed her love for him but the Dil Se Dil Tak actor has maintained the “just friends” stance.