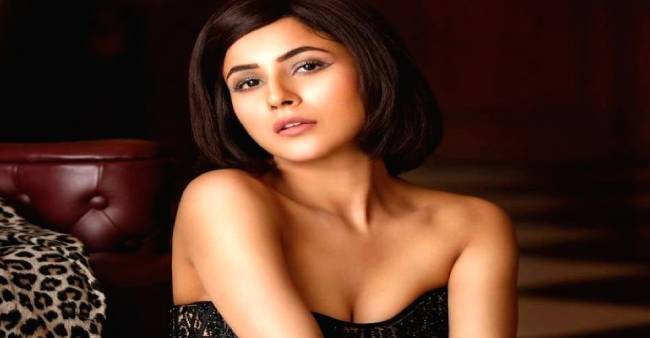 Shehnaaz Gill recently turned muse for celebrity photographer Dabboo Ratnani. She donned a black short dress as she posed for the camera. Sharing Gill’s pictures, Dabboo wrote, “Beauty Is Not In The Face, It’s A Light In The Heart.” The actress looks sharp and neat as ties her hair in a tight bun before the camera.

The actress paired her black dress by Gavin Miguel with green fur at one of her arm and at a side of waist. She also had her nails done and completed the look with minimal jewellery – ring with a green-coloured stone and a pair of earrings.

Shehnaaz’s fans loved her actress’ look and rushed to the comment section to shower her with praises and love. “Back again with a bang,” wrote one fan. While many other called her “hot” and dropped fire emojis. However, one of her fans went ahead and wrote, “Can anyone else see that sadness on her face?”

Shehnaaz had been maintaining a low profile ever since her beau Sidharth Shukla died at the age of 40 due to cardiac arrest. They both appeared together in reality show, Bigg Boss 13, which was later won by Sidharth. The duo also appeared together in music videos – Bhula Dunga and Shona Shona.

Priyanka Chopra recalls being wondering if wearing mangalsutra is ‘too patriarchal’...