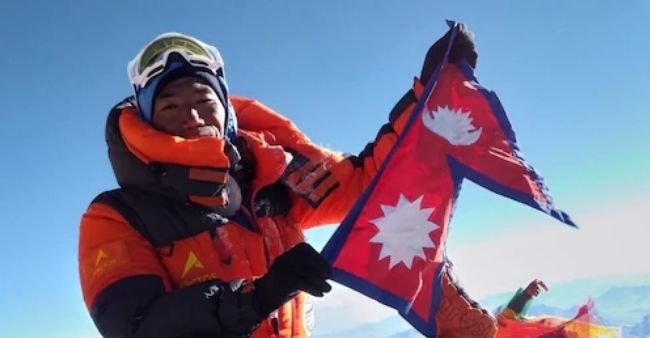 In the year 1994, Kami Rita first scaled the peak and since then has made a trip to the peak every year. He is one of the most skilled Sherpa guides whose expertise and skills are crucial for the safety and success of the hundreds of the climbers who head to Nepal each year and dream to stand on the top edge of the 8849 meter mountain.

Amid the pandemic reaching the peak, Everest was closed for climbers since last summer. The part which is under Nepal was permitted for climbers this year despite the rising cases. Kami Rita and a group of 11 other Sherpa guides are the first few trekker groups to carry out the climb this year. They reached the summit about 6pm on Friday reported the Department of Tourism official Mira Acharya. China has opened the northern slope to only a few dozen mountaineers who have passed the covid-19 tests and have adhered to Covid protocols. The Nepal government has so far permitted Forty-three teams to scale the peak this spring season with assisted guides.

Rita’s father was among the first Sherpa guides. Rita  has scaled several other peaks including K2, Cho-Oye and Lhotse along with Mt. Everest 25 times. He has also experienced the 2015 avalanche in Mt. Everest which killed 19 people.

He was then at the base camp of the peak. After that, he faced a lot of pressure to give up the profession and mountaineering. Nevertheless, he continued and created a world record.