Did Sonakshi Sinha got engaged to Zaheer Iqbal? Actress flaunts her diamond ring 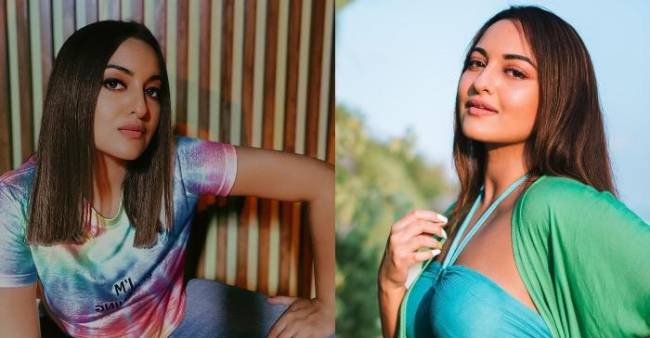 The official wedding season in the Bollywood industry is on the peak: and the news of the marriage of big stars is coming. Recently, Bollywood’s biggest wedding took place between Ranbir Kapoor and Alia Bhatt and now the news is coming that Sonakshi Sinha will also tie the knot this year. Sonakshi Sinha, recently flaunting her engagement ring with a mystery man, she shared some pictures on her Instagram with her fans. But the thing to think about is this: who is this mystery man after all?

While sharing the post Sonakshi Sinha wrote with a series of hearts. “BIG day for me!!! one of my biggest dream is coming true…and i cant wait to share it with YOUUUU 🫵🏼 Cant believe it was SO EZI!!!!” As soon as Sonakshi shared this post on her social media account, fans filled her comment box with lots of love. But the same caption made some netizens think and according to them it is part of a new endorsement or professional assignment of her.

Earlier it was rumored that Sonakshi Sinha is dating actor Zaheer Iqbal. Reacting to this statement, Sonakshi told BT that Zaheer is my best friend. We both laughed after hearing this news because it was very funny news. We both worked together in double XL and that as an actor he is a very good artist and i really appreciate his work. And the role that he played in the double XL was a totally different role from his debut film and he is a very talented person.