Sonam Kapoor and Anand Ahuja’s big day is just one day away and the excitement level is at its peak. Everyone wants to know all the details about Sonam’s wedding.

Yesterday, the Mehendi ceremony was one helluva with popular Bollywood stars marking their presence. The pics circulating on the social media went viral within seconds.

Today, there will be sangeet which is also going to be a grand affair with the who’s who of Bollywood attending it.

Well, the one thing that the whole nation wants to know is what Sonam will be wearing for her big day as she is one of the fashionistas of Bollywood. Earlier, in the interview, the actress had revealed that she will be wearing Anamika Khanna, Abu Jani and Sandeep Khosla and Anuradha Patil.

Still, speculations are rife that the diva may wear Ralph & Russo (Tamara Ralph and Michael Russo) creation, specifically for her wedding reception. Let’s wait and watch. 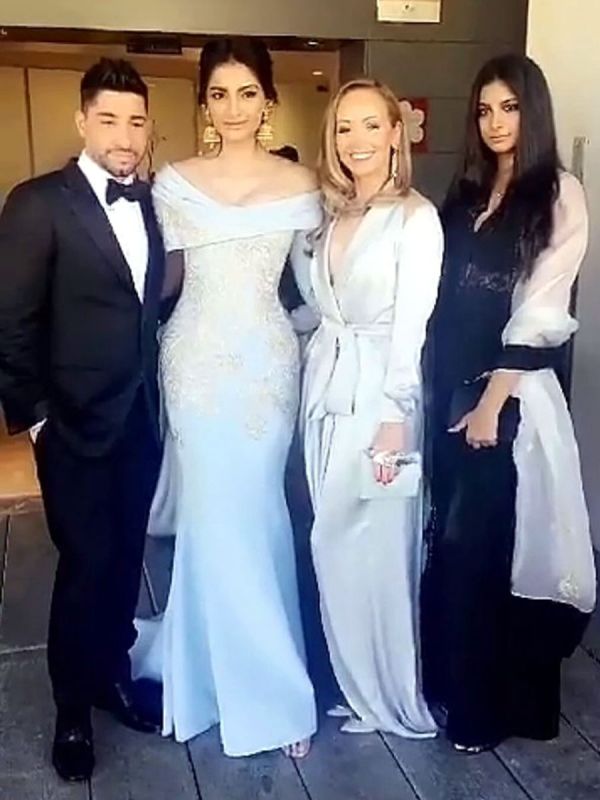 The renowned designers Tamara and Michael will be a part of Sonam and Anand’s wedding festivities. They took to Instagram to reveal that they have headed to Mumbai from London to be a part of the wedding.

Meanwhile, Sonam and the design duo have a long-standing professional and personal relationship. The actor has worn their custom looks at various events, including at the prestigious Cannes Film Festival. The beauty was a vision in white and looked like a pure Goddess as she closed her debut couture show for Ralph & Russo Fall/Winter 17 collection at the Paris Fashion Week. Kapoor’s diamond-embellished dress was a sight to behold, featuring a dramatic ivory train, silver-white headgear, and a matching choker. 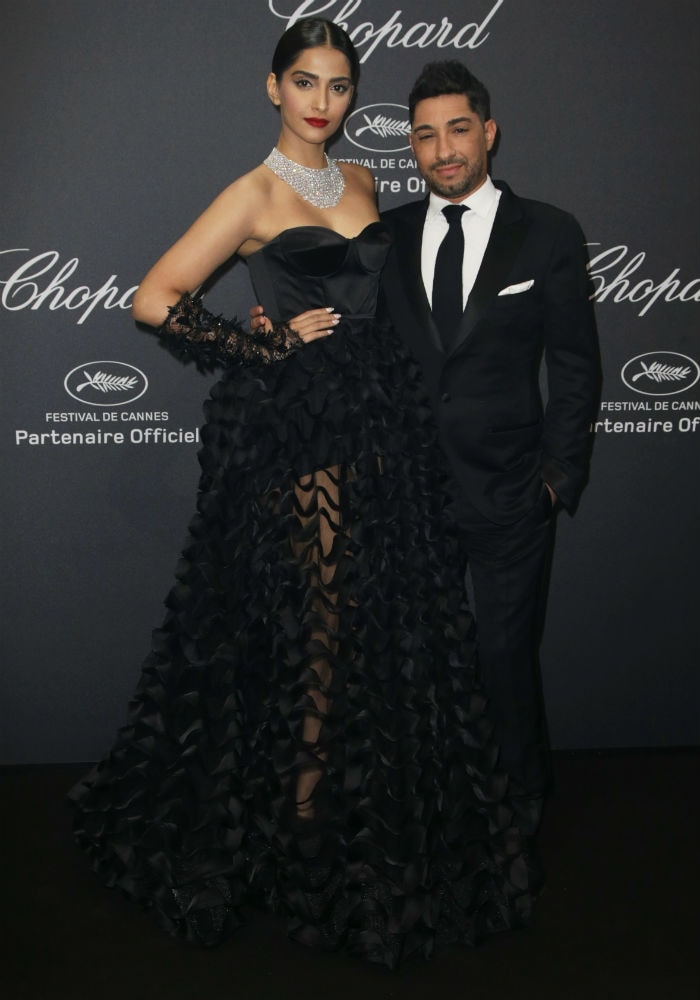 Image Source
The wedding will take place tomorrow at Bandra’s Heritage Bungalow in the presence of close family and friends. A grand reception will be taking place at Mumbai plus hotel The Leela which will be attended by who’s who of Bollywood.