Sonam Kapoor: My Defence Of Her Has Nothing To Do With Swara’s Comments On Pakistan

Sonam took to Twitter to clear her side and tweeted:

My defence of her has nothing to do with her comments on Pakistan! Get your fact right and stop trying to spread mischief and hate! ❤️✌️ #aproudworldcitizen #feminist #liberal https://t.co/QlakSjBT5c

She further states, “I think people just like to troll her because she has an opinion and a point of view and I guess that shows how much they love her because the other side of hate is always love, so Swara you have a lot of lovers!” 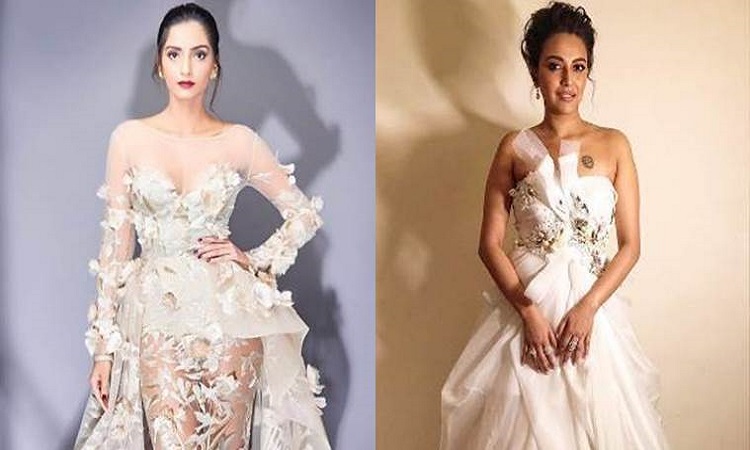 Swara in her earlier statement had called India’s neighboring country Pakistan a non-secular state as they had banned her recently released film Veere Di Wedding.

Swara said in an interview, “They’re (Pakistan) a non-secular state. I’m not surprised at all. Why should we hold up Pakistan, which is a failing state – I don’t understand why we keep taking pleasure and feeling a sense of self-worth from all the silly things that happen in Pakistan.”

Well, it seems the controversy has turned quite ugly and Swara is receiving backlashes for the same. While some came out in Swara’s support, some mercilessly trolled her for the same.

Swara has been quite outspoken and opinionated and it has landed her in trouble many times. Sonam, who is Swara’s BBF came out in her support, however, fans did not leave a chance to troll her too.

On the work front, Sonam has started shooting for Ek Ladki Ko Dekha To Aisa Laga post her successful film Veere Di Wedding which hit the screens on 1st June. The film is directed by Shashanka Ghosh and also stars Kareena Kapoor, Swara Bhasker and Shikha Talsania in the lead roles.

So folks, what do you have to say about this whole matter? Tell us inc comments.