In the year 2018, SRK completed 26 successful years in Bollywood, and to celebrate this, he shared a video recording that boasted of all that he has learned and attained over the years. The most prominent milestone is fatherhood. SRK had relived the birth of his ‘Sugar, Spice And Everything Nice’ trio, Aryan Khan, Suhana Khan and AbRam Khan. Recalling Suhana’s birth, Shah Rukh had said, “The new millennium brought in two new babies. One was a pretty girl we named Suhana lovingly. “Pleasantness”, love, happiness. The second was Phir Bhi Dil Hai Hindustani. This year taught me the importance of risk-taking and obviously, the beauty of fatherhood all over again.” 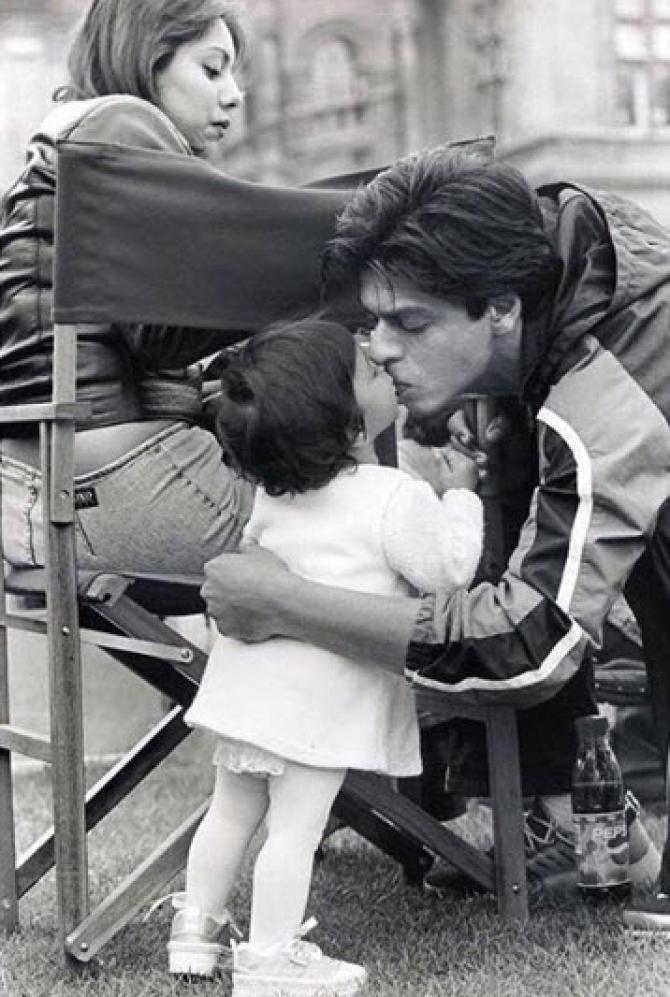 Remembering 1997, the actor started with how he used to share with Aryan Khan that he took birth by a stork, “In 1997, apart from being blessed with your love, a stork had delivered my first baby, Aryan. And I still tell him that he was delivered by a stork though he is old enough to know how babies are made, or at least I hope so.” Then moving to 2013, Shah Rukh had recalled, “2013 made me shake off the sadness, play a mithaiwala and “get on the train, baby”. Speaking of which, I was visited by the stork again, with my beautiful little angel, little AbRam. The next Happy New Year made some people laugh and very many cry, but as long as my ‘Dilwala’ AbRam giggled at his father’s shenanigans, I decided to shut off the negativity (and believe you me, there was lots and lots of negativity).”

This journey is incomplete without u all. Here’s telling all of u who made this possible how happy u make me feel.

SRK had frequently shared his views about his darling daughter and her wish to join Bollywood. He also shared his thoughts on how he is always helpful in whatever his children pick as their profession. Enlightening the condition that he wishes his children to accomplish before opting for a film profession, the actor had stated, “Suhana wants to be an actress. I see that zeal in her. She’s extremely good on stage, I’ve seen her performances. But my point is simple — you need to complete your education before doing anything. That’s the only thing I have told my children. Otherwise, they are free to be in the film industry, not be in it and do whatever they like. I will be supportive of whatever they want to do.”

King Khan had once talked about his daughter Suhana Khan and acting. In an interview, the actor added, “I’d like her (Suhana) to be on the cover of magazines like all my heroines are, wear any kind of clothes she wants to wear, and look sexy and beautiful. I want her to feel attractive, beautiful and respected, and more importantly, I want her to work hard. I have only one mandate where she’s concerned: she can act, but she has to study first.”