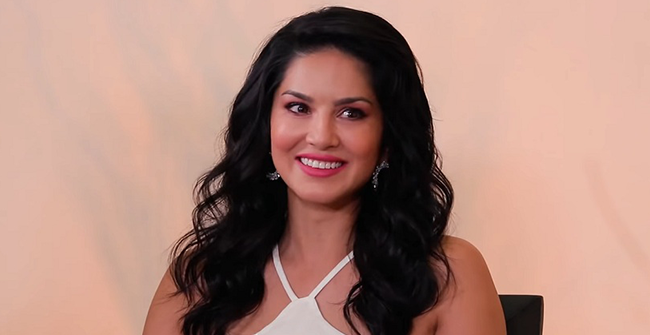 People are usually curious about the personal information of celebrities. Most people try to speak with their beloved actors and actresses if they have their mobile number. The film stars and other celebs try to conceal their number in order to evade disturbances from unnecessary calls. Sunny Leone, the popular actress in Bollywood asked for forgiveness for using the phone number of a Delhi-based man in her film.

The person named Puneet Agarwal from Pitampura in Delhi fed up with the calls and registered a complaint in the previous week. During an interview, the actress Sunny asked for forgiveness to Puneet for misusing his mobile number for a scene in the film. She said, ‘Sorry I didn’t mean for that to happen to you. Must get some really interesting people calling (sic)!’

The 27-year old man lodged a complaint on 30th July after getting bothered through phone calls. He said, ‘On July 26, after the release of the movie, I started receiving calls from Not familiar people asking me to let them talk to Sunny Leone. Initially, I thought somebody is playing a prank on me, but after a while, I got to know that the makers of the movie Arjun Patiala have actually used my number and Sunny Leone in the movie dictates my number.’

He further added, ‘I am being bothered by many callers, people are mistreating me and asking me to do some disgraceful favors. I have lodged a complaint yesterday but till now, the cops have not taken any action even after giving me assurance.’ He received more than 100 to 150 calls every day from different people since the release of the film. Arjun Patiala film features Kriti Sanon and Diljit in lead roles while Sunny makes a special appearance in the film.