Sunny Leone’s contribution towards Kerala is making people praise her

Many Bollywood celebrities have contributed towards the Kerala relief funds. Not only Bollywood, people from other industry have come forward and lent their hand to support them as well.

Another person in the queue is Bollywood star Sunny Leone who recently shared how she plans to contribute to the relief efforts along with husband Daniel Weber and a few other celebrities from B-town.

#Repost @officialhumansofbombay ・・・ “We met through Daniel’s band mate at a club in Vegas. He says it was love at 1st sight, not for me though, because all we did was make small talk–there weren’t any floating hearts or violins. But somehow he got my number & email ID. What I liked is that he didn’t call me, but emailed me instead–that’s how we began talking. Coincidentally, I was going to NY, where he lived when he emailed me saying, ‘You’re never going to give me your number, are you?’ Which is when I gave in & he asked me out. I was late for our 1st date. But like a gentleman, he waited patiently. When I reached & we started talking–there was the violin moment. The whole restaurant disappeared & it was just us. We spoke for 3 hours–it was like I’d known him forever. We had a long courtship–in the beginning, it was just us getting to know each other. I remember when I was in Oman–he sent me a mixed CD & flowers from across the world! I had a stack of calling cards because of how much we spoke! I was in love. He’s so considerate & supportive. In fact, because he wasn’t comfortable with me working with other men in my adult films, he began working with me & we started our own company. Within a few months of dating, my mom passed away. I’d expect a guy to run from such an emotional responsibility–but he stayed. Not only for me, but for my family. I’d wake up crying at night & he’d hold me. He didn’t try to fix the situation–he was present & that’s what mattered. I knew then that he was the one, but it was his turn to make me wait. I remember it like it was yesterday. I was looking for a box to put my ring in. When randomly, he gave me this beautiful mahogany box which he’d made. It said, ‘With love, Daniel.’ I was so excited with the box, when he said, ‘I also have another ring for you!’ YES!! I was jumping–how could I not? I’m so lucky to have him. The proposal was simple–exactly how I wanted it. It’s been 7 years now & we’re just the same. He supports every dream of mine like it’s his own–he makes me believe that anything is possible. And when we’re all together–the kids, me & Danny making us breakfast…life itself is a dream, one I can’t be

“Today @dirrty99 and I hopefully will able to feed a few of the many people in Kerala that need a warm meal with 1200kg’s (1.3tons) of rice and daal. I know it’s not a dent in what actually needs to be sent and I wish I could do more. Humanity at its finest @_prat @suved @siddhanthkapoor the men that arranged an amazing event at “B” in Juhu to bring help to those in need! You guys are so amazing!” Sunny’s Instagram post read.

Helping Sunny and her husband Daniel in her attempt to make a difference were Mulk actor Prateik Babbar, Paltan’s Siddhant Kapoor and actor Suved Lohia who were clicked at a fundraiser for the Kerala floods.

Have a look at the images:

Today @dirrty99 and I hopefully will able to feed a few of the many people in Kerala that need a warm meal with 1200kg’s (1.3tons) of rice and daal. I know it’s not a dent in what actually needs to be sent and I wish I could do more. Humanity at its finest @_prat @suved @siddhanthkapoor the men that arranged an amazing event at “B” in Juhu to bring help to those in need! You guys are so amazing! 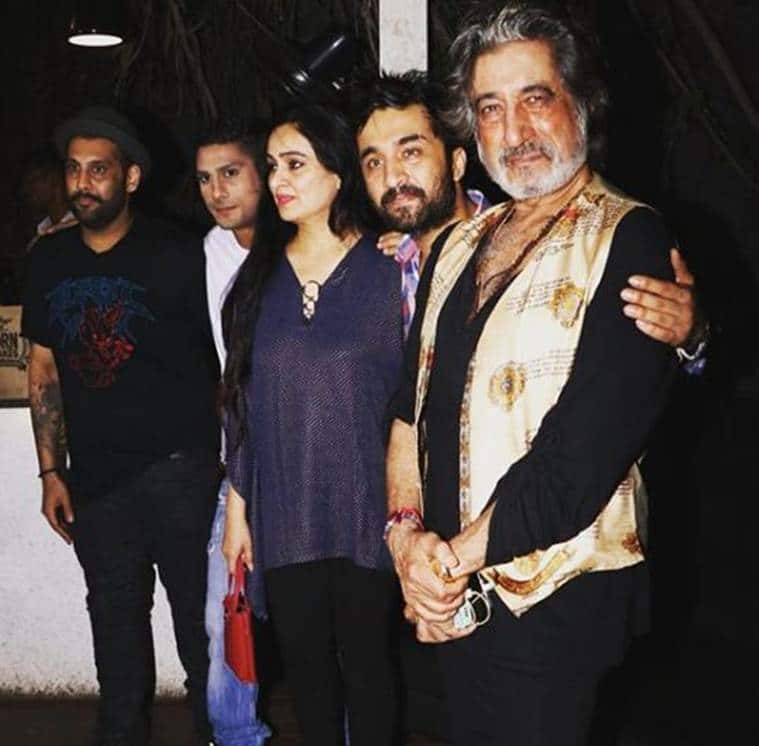 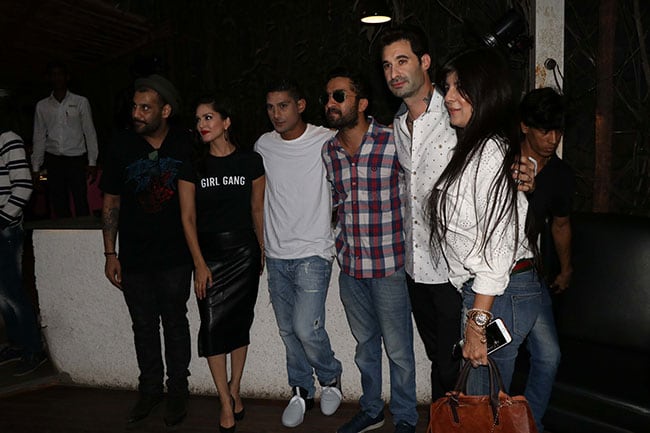 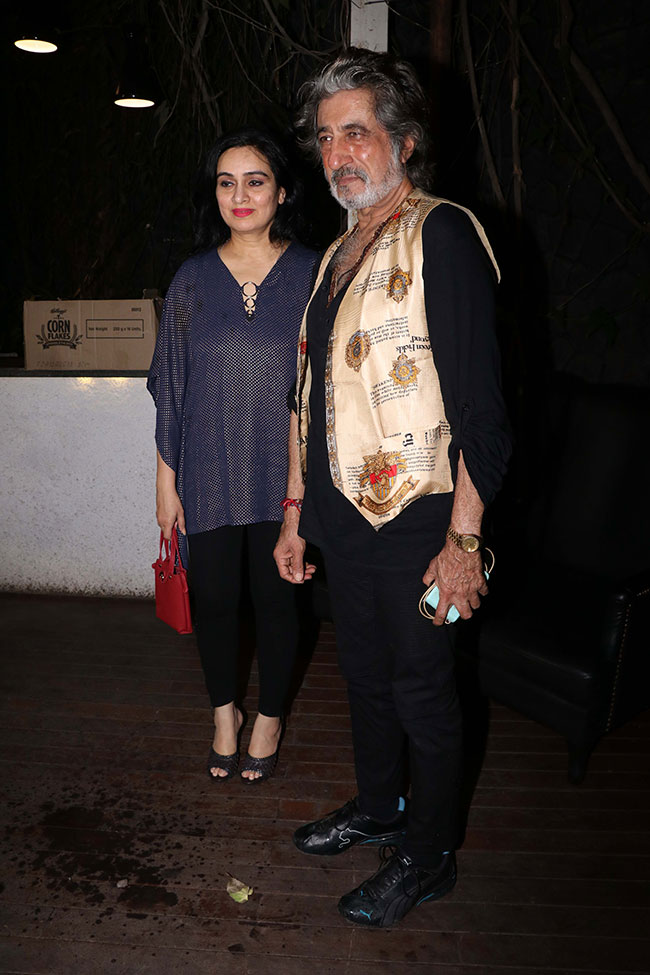 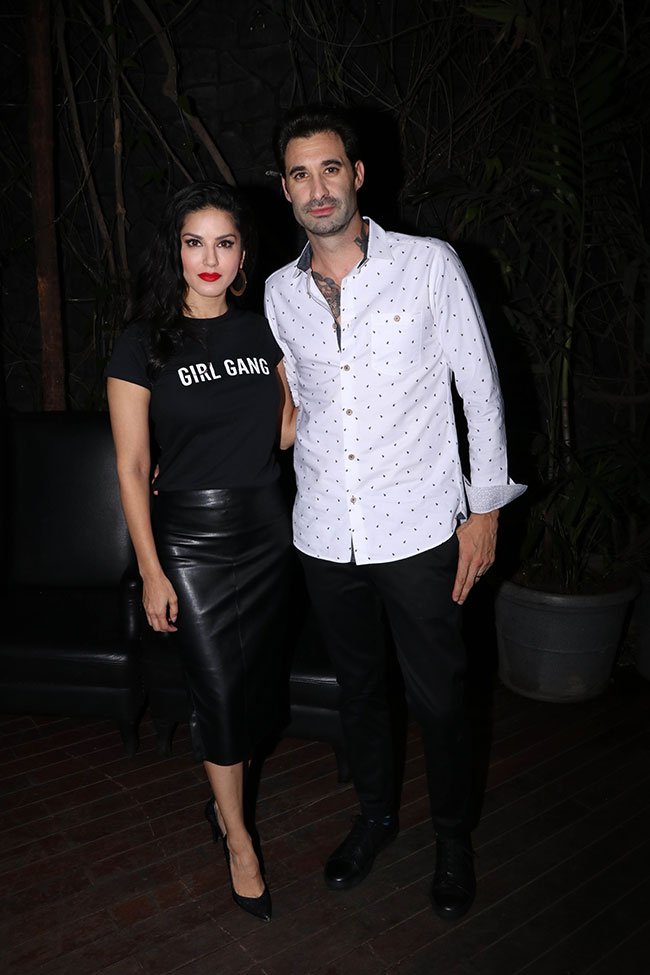 Sunny has a special connection with Kerala as she had been warmly welcomed by the state and its people on her first visit. The crowd that had gathered to see her was huge and the actor had been overwhelmed after receiving the love and affection of her fans.

In fact, she had even tweeted about the same and said, “No words…Can’t thank the people of Kochi.Was so overwhelmed by the love&support.Never will forget Gods own Country Kerala!”

Today we did a little to help those in need. 1200kilos of food to #keralafloodrelief !!! Every little bit help so please give !!! @sunnyleone @siddhanthkapoor and many more !!!! Thank You !!! 🙏🙏🙏

On the work front, Sunny is currently hosting popular reality television show MTV Spiltsvilla along with Rannvijay Singha. The actor will also be seen in the Tamil movie Veeramahadevi, where she is playing the titular role.