Bollywood star Sushant Singh Rajput’s passing away has left his ex-ladylove Ankita Lokhande struggling. After Sushant was laid to rest peacefully, Ankita was clicked outside his home to meet the family members of the actor.

On completion of one month of Sushant’s passing away, his Pavitra Rishta co-star took to social media and made a special post for Sushant. Sharing an image of Diya, the TV-turned-film actress offered prayers for SSR.

Moreover, Ankita also prayed for Sushant while lighting a Diya before the release of his last film Dil Bechara. Seeing Sushant one last time on the silver screen, the Baaghi 3 actress got emotional. 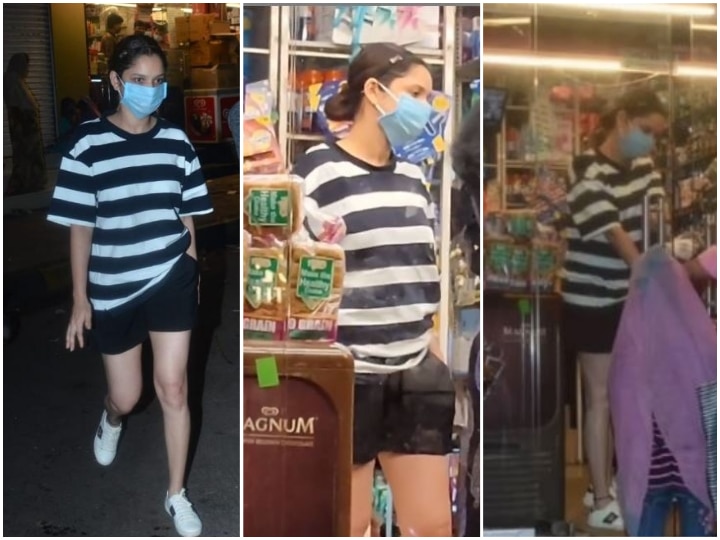 Now, Ankita Lokhande stepped out of her place for the first time after Sushant Singh Rajput’s passing away. She paid a visit to a store while putting on a mask. She can be seen putting on a blue and white striped tee that she matched with black shorts. While coming out of the store, the actress also distributed chocolates among the deprived children.

Earlier, Kangana Ranaut had disclosed that Ankita had told about Sushant’s mental health to her. She had stated, “When I spoke to Ankita, she said right from the beginning, there was so much humiliation that he could not take it. This is how she summed it up.”

The Panga actress stated that Ankita told her how Sushant could not take what people used to keep thinking about him, he has had enough.

She added, “But one thing that she also said about him was that he was not thick-skinned. He would sit on Twitter when he was new and would fight with fans, asking ‘why did you think that about me? Why did you say that about me? I am not this person that you are saying.’ Ankita told me that she used to tell him ki abhi ye toh hoga na. Everybody will have their perception of you, why are you so bothered about it?”