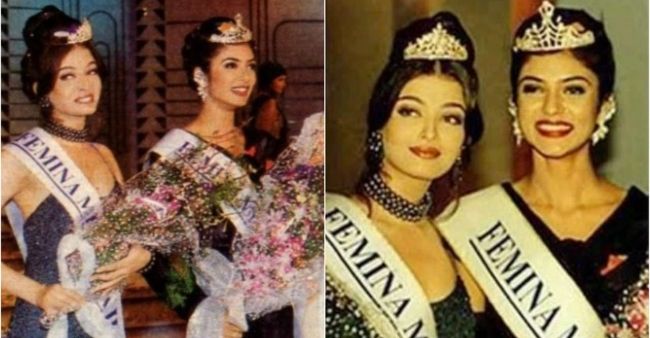 Sushmita Sen and Aishwarya Rai, the two Bollywood beauties competed against each other to earn the title of Miss India in 1994. Sushmita eventually won the title over a number of other girls. Long ago, the Miss India winner went on Karan Johar’s popular talk show Koffee with Karan, where she discussed the beauty pageant with Karan and spoke about Aishwarya’s performance in the beauty contest.

She stated that she felt Aishwarya’s performance on stage was outstanding. She highlighted how luck was on her side that night, as she puts it, “my shooting star went right over my head,” and then added that when someone is contending for something, it’s not just his or her hard work.

Sushmita previously revealed in an interview that she was ready to step down because Aishwarya was already well-known and beautiful. However, it was her mum who encouraged her not to back out from the contest and as a result, she won.

Following her success at Miss India contest, Sushmita Sen went on to become Miss Universe, and Aishwarya Rai was crowned Miss World the same year. Both of these stunning ladies have starred in a number of blockbuster films in Bollywood, but they have lately chosen to devote more time to their personal life.