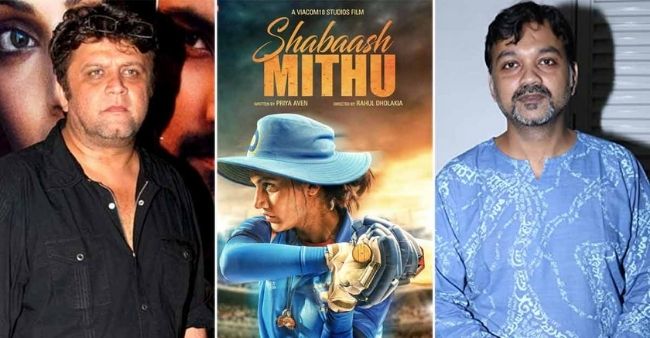 Shabash Mithu is an upcoming movie on the life of famous Indian cricketer and captain of the Indian Women Cricket team, Mithali Raj. Taapsee Pannu is going to portray the character of Mithali. The film was initially being directed by Rahul Dholakia but now the Raees fame director has stepped back and handed over the reins of the movie to  Srijit Mukherji.

Rumors started doing rounds that the director is leaving the project. An hour later, he declared it officially through his Twitter handle.

Rahul wrote in his note, “There are some films which you know you have to do. Shabaash Mithu was that film. When I read the script I was certain, this film I had to do; that was almost a year and a half ago – unfortunately, I have to end the journey that started in November 2019. I won’t be directing the fabulous script written by Priya Aven, and conceived by Ajit Andhare.”

Rahul further talked about the passion of everyone involved and the memories he has from their brainstorming sessions, “I have so many fond memories attached to this film that I can’t help but get emotional when I write this note. This film was always about passion – The passion of Mithali Raj, the greatest Indian woman cricketer ever, and her story which we were trying to tell. The passion of a studio head like Ajit Andhare who sat with us on all discussions- in covid, in lockdowns; at all times- the passion of a writer like Priya who worked very hard to strike the balance between emotion and cricket; the passion of Taapsee; who learnt to play cricket so well, that it was a delight shooting with her – the passion of every team member, actor, player who was trying to help us achieve this dream.”

At last he revealed the reason for his exit, COVID-19 and dates, “Unfortunately I won’t be part of the dream, but I am and will always be there for them to realize their dream. Covid messed up everyone’s schedules, mine was no different. Ajit has a vision, and a plan for the film and the way to release it. I wish him and the team the very best for it. Thank you. Best wishes, Rahul Dholakia.”

Good luck #ShabaashMithu !! And for any further comments on this matter kindly contact @MandviSharma ! Thank you all ! pic.twitter.com/FLHTCMFTnR

He wrote as a cation for his note, “Good luck #ShabaashMithu !! And for any further comments on this matter kindly contact @MandviSharma ! Thank you all !”

Director Srijit Mukherji has talked about taking over the project and has expressed his gratitude towards the makers and Rahul too.