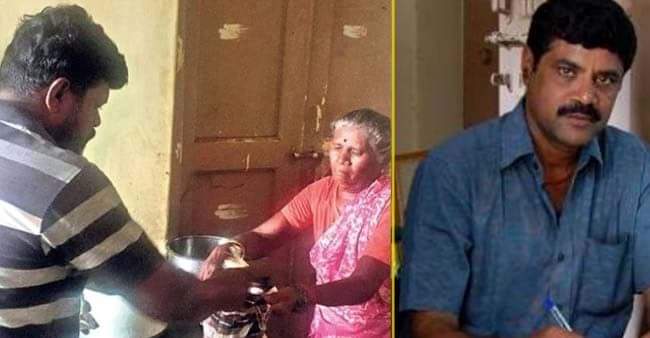 The world seems to be an unpleasant place a lot many times, but sometimes the stories of Good Samaritans fill us with a certain hope. The Tamil Nadu government has been trying to provide free of cost healthcare across the state, to people who cannot afford it. Though, the basic needs such as food and clothing of the financially deprived section still remains the same.

So, a couple decided to move forward and do something about that, to the extent they could. The owner an eatery near the Erode hospital, V Venkatraman and her wife distribute/sell food to patients and their attendants there for just Rs 1 per meal and try to feed at least 70 people at the government hospital.

It has been more than a decade that Venkatraman took this initiative and he is helped by his wife, G Rajalakshmi, who is a gym trainer. They just had to increase the quantity of food to start the scheme as they already owned a restaurant. Later, they established a system that could cover as many patients as possible in their limited resources.

They hand out 60-70 tokens to the people coming to the hospital when the day begins and depending onto the need of patients/attendants, they are provided with breakfast, lunch or dinner.

The couple, on daily basis, spends about Rs 1,500 – 2,000 on the resources but they charge only Rs 1 for a meal. They learnt that not only could the patients and attendants not afford food but they did not even have enough money cover any costs of hospital. People in winters are forced to lie down on the cold floor and do not have anything to cover their bodies with. The couple, after figuring all this out, started to supply things of basic necessity like blankets, toiletries, plates, footwear, to the patients and that too for free of cost.