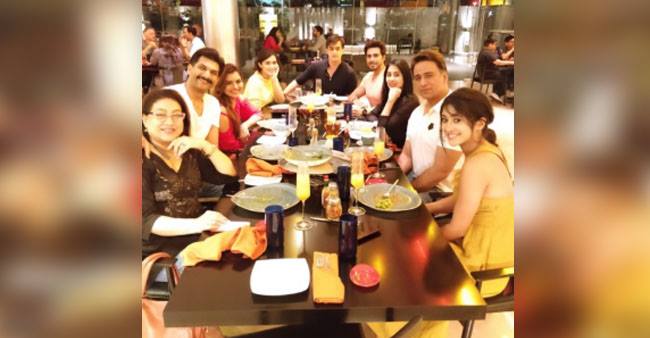 One of the longest running television show of Indian television which airs on Star Plus is Yeh Rishta Kya Kehlata Hai. It has a huge fan following and also happens to be one of the TRP toppers. The show started in the year 2009 and continues to be one of the best shows. Actors Mohsin Khan and Shivangi Joshi replaced the lead actors Karan Mehra and Hina Khan by being their kids. Mohsin and Shivangi received positive response from the audiences and has a huge fan base.

Shivangi and Mohsin also rumoured to be dating each other. The actress lately has shared a picture on her Instagram account which shows the entire cast of Yeh Rishta Kya Kehlata Hai having a dinner together. The dinner date included Shivangi Joshi, Mohsin Khan, Shilpa Raizada and Samir Onkar. On this dinner outing, actress Pankhuri Awasthy was also seen as she is all set to make her entry into the show soon.

Have a look at the picture shared by Shivangi Joshi below: 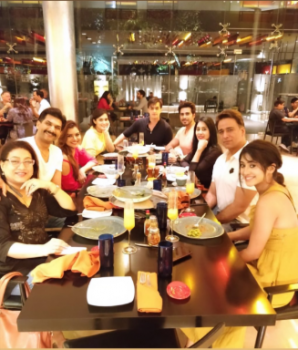 To keep the audiences intact to the show, Yeh Rishta Kya Kehlata Hai makers are bringing a new spin off series whichs feature Shaheer Shaikh and Rhea Sharma in the lead roles and has been receiving positive reviews.

Yeh Rishta Kya Kehlata Hai is also going take a 5 year leap after which Pankhuri will be seen in Mohsin’s life. Naira too will move in her life and lead a life of yoga teacher with a new moniker Tina. Says the source, “Naira will begin her new life in Goa. She would be a yoga teacher. The girl will change her identity and would be now called as Tina. She will see a girl getting drowned and would soon come for her rescue.”

While, Pankhuria revealed about her character in an interview with a portal. She said, “She’s a simple yet mature girl who’ll gradually make a place for herself in the family given her soft spoken, loving and caring demeanour.”