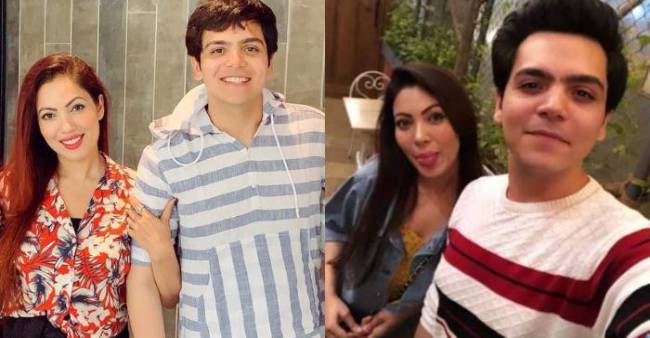 Ever since the reports of Tarak Mehta ka Ooltah Chashmah fame Raj Anadkat and Munmun Dutta dating have been surfaced, the netizens cannot keep calm. The social media have been flooded with the memes targeting the characters of TMKOC.

Raj took to his Instagram handle to share his pic on the occasion of Ganesh Chaturthi and received some trolling comments. Dutta, who is 33-year-old, is according to rumours dating Raj, who is 24-year-old. The report state that despite their age difference, the duo is in love.

To wish his fans on the occasion of Ganesh Chaurthi, he uploaded a series of pic with the ‘Ganapati Bappa Morya’ slogan included in his caption. His caption also included wishes for his fans.

Reacting on his pic, the netizens started trolling him in context to the dating reports. One of them wrote, “Tum toh bade heavy driver nikle bhai…” Another came forward to mention his on-screen father Jethalal as he wrote, “Jeetha ke saat galat kiya tumne bro.”

Meanwhile, Dutta also took to Instagram to wish her fans for the same occasion. She donned a blue dress and Lord Ganesha’s idol was visible in the background.

The dating rumours were confirmed by source close to TOI.

Shailesh Lodha of TMKOC trolled for making an appearance on The Kapil Sharma Show...